Castore has officially opened its new store in Liverpool, marking the online retailer’s second bricks-and-mortar store and the first one outside of London.

The north west city also doubles up as the location of Castore’s headquarters, and is where brothers Tom and Phil Beahon grew up before they co-founded the premium sporstwear label in 2015.

Castore’s new store is located within the Liverpool One retail precinct in a 1579sq ft unit on Manesty’s Lane.

It was originally slated to open April 10, but the coronavirus lockdown led to a delay in its official opening.

Castore said its new Liverpool store will complement its flagship on King’s Road in Chelsea, London, as well as its growing ecommerce presence in 57 countries, which includes online stockists MatchesFashion, Selfridges and Mr Porter.

Just weeks before the pandemic escalated in the UK, Castore raised £7.5 million from undisclosed private investors to help expand its range into professional team sports kit and footwear as well as accelerate international growth.

Last year, the online retailer announced a partnership with tennis champion Andy Murray, which saw him become a shareholder as well as wear Castore kit on court at Wimbledon and the Australian Open.

Designed in-house by the Castore team, its new Liverpool One store complements the adjacent Fred Perry boutique, sharing its premium character and association with world-class tennis.

“With our headquarters here in Liverpool it seemed a natural transition for us to open our next store in this vibrant city,” Tom Beahon said.

He added: “Following our online inception and entry into the London market, it is so exciting to be launching in our first domestic location, and we are sure Liverpool One will become a firm part of our successful brand history.” 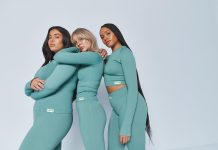 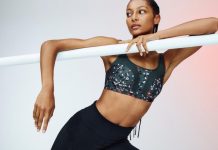