Marks & Spencer is one retailer that has undergone some of the most drastic changes in the past year or so, as it continues to push on with its transformation strategy.

From rolling out food-to-go vending machines to relaunching its Sparks loyalty scheme, to sealing a deal with online grocer Ocado, the high street stalwart is now scurrying to find ways to stay afloat amid the coronavirus pandemic.

The retail sector was left stunned when M&S confirmed last week that it would axe a total of 7000 jobs across its stores, regional management and support centre over the next three months after seeing a “material shift” in trade.

Job cuts are seldom good news for any business but M&S said it was excited to use new technology to replace some management, and lockdown has taught it to learn to work more flexibly and efficiently, like using the same staff to manage both its food aisles and the clothing and home departments.

According to its 2020 annual report, M&S was making “good progress in implementing the transformation programme” prior to the Covid-19 impact, but the trauma of the crisis “galvanised colleagues to secure the future of the business”.

Some of the most recent changes include launching its Remarksable’ campaign this week, which the retailer said would promote “everyday prices”. It aims to heat up the competition against major UK grocers by showing customers that 240 of M&S’s grocery staples are now at everyday prices.

“We have spent the past 18 months continuously upgrading our quality and at the same time investing in price and now customers can see the result as 240 key staple items are the most competitively priced in recent history,” M&S Food managing director Stuart Machin said.

Despite its Sparks loyalty scheme rewarding shoppers with points to unlock new offers every time they shop with M&S, the retailer’s food division has for long, struggled to become a preferred grocer for UK consumers. Arguably, the loyalty programme hasn’t been enough to retain customers.

Tesco currently holds on to the title of the Big 4 leader in terms of UK grocery market share, which stands at 26.6 per cent as of August 9, according to Kantar, with Sainsbury’s Asda and Morrisons trailing closely behind.

Elliott Jacobs, commerce consulting director at services provider LiveArea, told Retail Gazette that rather than attempting to take on the Big 4 grocers, M&S’s Remarksable campaign was “a clear attempt to hijack the high-end grocery market”.

“From a strategic perspective, creating a ‘value’ line in combination with M&S quality, aims to match or undercut Waitrose and exploit the new Ocado partnership,” he explained.

Roberto Lobue, partner and retail sector specialist at accountancy firm Menzies, agreed with Jacobs. He argued that the move was less about competing with the Big 4 and more about “keeping themselves relevant and accessible”.

Lobue added that M&S’s campaign comes at a good time considering the UK recently went into recession and people would be “counting their pennies and wondering whether they can still afford to shop at M&S”. He said the campaign aimed to convince consumers it’s possible to purchase quality products at reasonable prices.

“In a way, this is a defensive move and is more likely to prevent loyal customers from turning to other supermarkets than it is to attract new ones,” Lobue told Retail Gazette.

However, M&S may be faced with the challenge of having to develop a clear brand image and message to consumers. Lobue highlights that it would be “essential” for M&S to reassure customers “there won’t be a trade-off between price and quality”. So far, M&S has attempted to do this by writing on its website that it “will never compromise on quality”.

“The strategy is to maintain high sourcing standards whilst providing truly better value for customers,” the retailer added.

Meanwhile, Jacobs expressed concern that the Remarksable campaign “looks like another similar misstep” considering M&S’s “misguided” launch of its apparel range, which attempted to broaden its appeal but instead alienated long-held, loyal customers. He added that the campaign was at risk of being added to a long list of errors, especially since M&S was “seemingly always in the midst of restructuring in one shape or another”.

“Rather seeking to create, M&S should be looking to shore up its foundations and become the de facto leader in its niche,” Jacobs explained.

“The partnership with Ocado is a good move, improving experience and reliability, and ultimately brand sentiment.

“Conversely, the launch of a new range risks undermining its market position and muddying its clean-cut image.”

Lobue told Retail Gazette that M&S’s partnership with Ocado was “far more significant than its Remarksable campaign”. This is is particularly the case when considering the huge surge in online shopping during lockdown. He added that the Big 4 grocers were unlikely to be concerned about the partnership just yet, as M&S doesn’t offer the same range.

“This will be a consideration during consumers’ weekly shop, when many people stock up on household products and store cupboard essentials,” Lobue said.

“In the long-term, there could be a risk for the Big 4 if they get caught between the likes of M&S and the discount stores; if consumers want low prices, they will go to Aldi or Lidl and if they’re driven by quality, they’ll choose M&S.”

The Remarksable campaign is arguably designed to draw attention to M&S food’s pricing by highlighting that prices are affordable, and to shake off its long time reputation as a posh grocer. But will it be enough to enable the retailer to bounce back? Especially after its full-year profits slumped by more than a fifth in May, and with worrying signs that the pandemic has wreaked havoc on the business now that they plan to lay off 7000 staff?

Would it be more reasonable for M&S to invest in social media? With its current 1.5 million Instagram followers, M&S could capitalise on this further and draw in younger consumers through its lower price-points.

The Big 4 grocers as well as the German discounters have already built a reputation on the high street as a destination where consumers choose to do their weekly shop, but M&S’s position in that sense remains questionable. Should its Remarksable campaign pay off, it would indeed be a remarkable achievement. 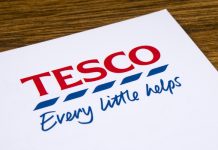