// Morrisons suffered biggest fall on the LSE yesterday, falling by 9p after revealing a drop in profits

// This led to Sainsbury’s dropping 2% lower, while Tesco also shed around 2%

Morrisons has led declines on London’s blue chip share index and sparked falls among its grocery rivals after revealing a heavy hit to its profits due to the pandemic.

The Big 4 retailer saw shares drop five per cent after results showing it booked £155 million in costs related to the Covid-19 crisis, which knocked half-year profits by 25.3 per cent despite surging grocery sales.

Among stocks, it was the supermarket sector’s turn to suffer a shares beating, after the latest figures from Morrisons.

The grocery giant closed 9p lower at 186p after it said half-year pre-tax profits dropped to £148 million in the six months to August 2.

It was a better session for electricals retailers Dixons Carphone, which saw shares surge seven per cent after it revealed online sales more than tripled while stores were closed during lockdown, and have continued to trade at twice last year’s levels since high streets reopened.

Fellow second-tier stock Dunelm saw contrasting fortunes in a mixed session for retailers, as the homewares chain revealed full-year pre-tax profits fell 13.3 per cent to £109.1 million – knocked by shop closures amid the lockdown. 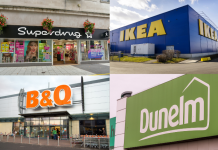 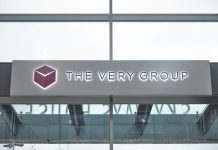