The retail tycoon has said the government must take action to act against the “crippling” business rates, The Times reported.

In a letter to the prime minister with Frasers Group chief financial officer Chris Wootton, Ashley wrote that the exchequer is putting “the jobs of a significant percentage of the UK workforce at risk”.

The executives referred to the thousands of job cuts announced by retailers such as John Lewis and Marks & Spencer in recent weeks.

They said the businesses entering insolvency “cannot feasibly return” due to the impact of business rates.

Ashley and Wootton have requested a ten-minute meeting or call with Johnson “at any time of the day or night, to discuss the issue of business rates”.

Business rates are collected on commercial property and are linked to the underlying value of premises.

The government said in July that it would delay a revaluation for the tax until 2023.

Meanwhile, Frasers Group has said there will be more House of Fraser closures as the government continues to delay a review of business rates.

The Treasury has issued a “call for evidence” over a review of business rates and introduced a 12-month rates holiday for retail, leisure and hospitality properties until the end of March 2021. 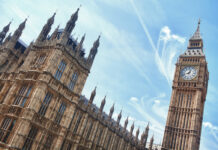