Following a social media campaign that launched on July 3, Lydia Hayter was announced as Snag’s first ever global ambassador.

Lydia Haytar will star in the online retailer’s upcoming Snag Queens advertising campaign, receive a cash prize of £5000 and a year’s supply of Snag tights.

“Being crowned Snag’s new global ambassador and Snag Queen is amazing, 2020 has been a difficult year for most including me,” Lydia Hayter said.

“After being diagnosed with diabetes and finding out that I was being made redundant on the same day, the Snag Queens competition gave me something to do, cheered me up and made me feel good about myself.

“I’m so excited that I am Snag’s new global ambassador and I can’t wait to be involved in their new advertising campaign.”

The size-inclusive retailer’s competition was open to all members of the public and was designed as a celebration of the art of drag.

To enter candidates had to submit an image of their best selves via Instagram, alongside the hashtag #SnagQueens.

The live final took place on August 21 on Facebook. 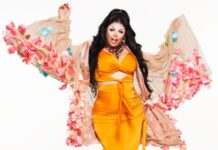 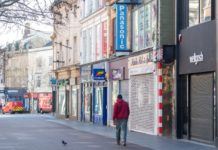 COMMENT: Going digital during lockdown? Here’s what you need to know