The owner of Westfield has reportedly launched a legal action against health and beauty retailer Boots, according to court filings.

Boots could now face a High Court dispute over allegedly refusing to pay rents at some of its locations during the nationwide lockdown, The Telegraph reported.

The Walgreens Boots Alliance business argues that due to a drop in shoppers and a fall in sales, Boots should be treated in a similar way to retailers who were forced to shut at the height of lockdown.

Boots is classed as an essential retailer and was allowed to continue trading through the lockdown introduced on March 23.

Westfield will now pursue a legal claim against Boots, due to its alleged refusal to cover rent at some of its stores while lockdown took place.

Back in July, Boots warned that sales across all of its UK outlets fell by 50 per cent in the three months to June, and by 70 per cent at its Boots Opticians stores.

The business also announced plans to cut more than 4000 jobs as part of its action to mitigate the “significant impact” of coronavirus.

The government has extended a ban on landlords taking debt enforcement action, meaning retailers that do not pay their rent cannot be evicted by landlords until the end of the year.

The rules do not prevent landlords from taking steps to force tenants to pay rent withheld because of the lockdown.

On the back of the government’s announcement to extend its moratorium, Communities Secretary Robert Jenrick called on landlords and tenants to work together to agree rent payment options for the rest of the year, if tenants were struggling. 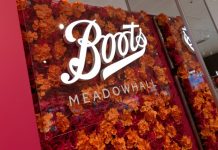