// The valuation expected to be sought by Permira, and the size of any primary capital-raising, remains unclear

Dr Martens owner Permira has reportedly appointed Goldman Sachs and Morgan Stanley to act as global coordinators on an IPO being earmarked for next year.

The float would come more than seven years after the Griggs family sold Dr Martens for £300 million.

The valuation expected to be sought by Permira, and the size of any primary capital-raising, remains unclear.

Meanwhile, a number of other banks had been appointed to work as bookrunners on the IPO, Sky News reported.

Dr Martens saw its underlying earnings before interest, tax, depreciation and amortisation nearly double in the 12 months to the end of March.

However, it said its results this year have been severely impacted by the Covid-19 pandemic.

Dr Martens chief executive Kenny Wilson said despite the “volatile and uncertain trading environment” the company has a clear strategy in place supported by a “strong brand and consumer connections”.

An outright sale to another party has not been ruled out, but a previous effort to explore such a deal did not gain concrete offers.

Dr Martens has staged a revival in recent years, and was sold by the Griggs family in October 2013 for £300 million.

The company trades from more than 100 of its own stores, having opened 25 during the 2017-18 financial year. 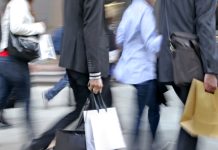