With it being the season for office Christmas parties and other annual festivities such as New Year’s Eve, retailers that primarily offer party or occasion wear are in no doubt a bit of a conundrum as lockdowns across the nation force these parties to turn virtual – or not happen at all.

According to Kantar, formalwear sales including the sales of suits and blazers plummeted 73.3 per cent in the six months to August 23, as shoppers no longer had events or parties to attend.

Such was the case that Quiz, a fashion retailer known for its occasion wear, reported a 77 per cent drop in sales as a result of the Covid-19 pandemic. The retailer stated it was working to offset the decline by extending its casual ranges “to respond to the additional demand”.

Ian Geddes, the head of retail at Deloitte, said that with the party season going online this year, it was inevitable that clothing purchases would be driven by comfort wear rather than party attire.

“In the advent of virtual gatherings, ‘waist-up wear’, such as novelty pieces and make-up, are also likely to prove popular,” he said.

Asos’ annual trends report, released in September, revealed that the pandemic had seen loungewear sales soar as shoppers stayed home. The online fashion giant went on to attribute its staggering 329 per cent rise in profits down to sales of affordable loungewear pieces.

“People’s lifestyles this year have changed beyond anything we could have expected, and shopping habits have shifted to reflect that,” Asos chief executive Nick Beighton said in a statement.

“Our agile business model is built on extensive consumer insight, so we were able to adapt to this quickly and cater to the shift in customer demand.”

The surge in demand for loungewear across the UK also helped to boost sales on Asos Marketplace, which is home to over 1200 vintage and independent fashion boutiques. Asos added that sales of joggers between April and July were up 156 per cent year-on-year, with tracksuits up 83 per cent year-on-year. 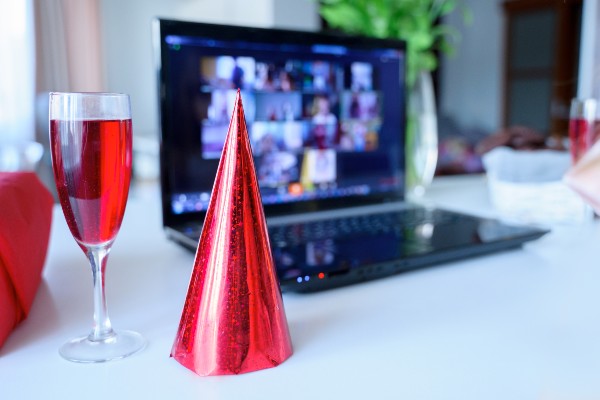 Luxury retailers that are still trying to recover after being heavily impacted by the pandemic have also seen consumer interests change this year.

Net-a-Porter and Vestiaire Collective reported an increase in loungewear sales of up to 70 per cent during the first lockdown, while Dior decided to capitalise on the shift in trends by creating its own collection of pyjamas, slides and blankets range known as Dior Chez Moi.

It is clear now that until lockdown restrictions ease, allowing bars, nightclubs restaurants to reopen and operate as per normal, fashion retailers will continue to push casual clothing options for shoppers in a bid to turn a profit.

Daniel Footwear ecommerce manager Mark Buxton said that when the first lockdown was implemented in March, they reassessed stock planning and “quickly stripped back” their occasion wear buying.

“We anticipated that demand for product categories such as clutch bags and high heels would be considerably lower than our initial forecasts for the year, and we did not want to have to filter in masses of excess stock throughout the year,” he explained.

“At this point in our first quarter, we also broadened our slipper range and increased the stock quantities to cater for the significant uplift in demand for loungewear products during the initial lockdown.

“We have found that this switch from occasion wear to loungewear has broadly continued throughout the year in line with the tier restrictions and second lockdown.”

While many retailers have been able to adapt their ranges in line with consumer interests, some retailers have continued to struggle trading – simply because they have not widened their offering to adapt to the current climate and meet changing customer demands.

While it is traditionally known for its formalwear. Moss Bros is a prime example of the latter. Its CVA was approved this week after trading was “severely impacted” by the Covid-19 pandemic as footfall drops and large events – including weddings and other big events – were cancelled.

As retailers eagerly anticipate the rollout of the Covid-19 vaccine and await the relaxation of restrictions in the new year that events, parties and nightlife can resume, it is unclear when occasion wear sales will rise.