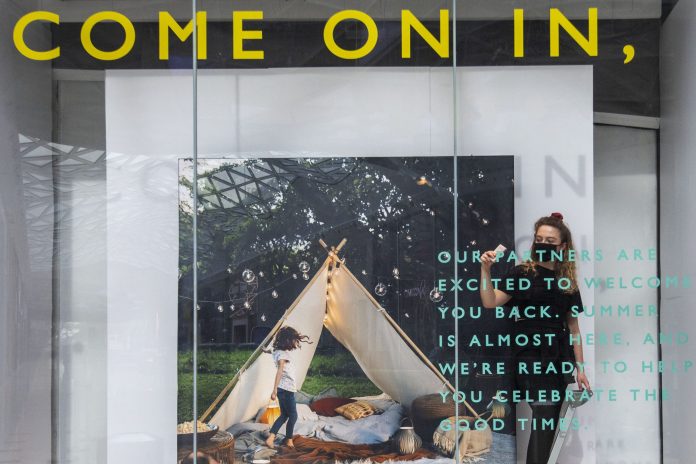 A host of retailers have confirmed reopening plans for April 12 as shoppers look forward to a return to bricks-and-mortar shopping after more than three months of lockdown.

John Lewis outlined its plans for April 12 for its remaining 32 shops in England, which include customers finally being allowed to have their children’s feet measured for shoes and the reopening of technology support desks.

Its two stores in Scotland, in Glasgow and Edinburgh, will reopen on April 26 and May 14 respectively.

Like Marks & Spencer confirmed last week, John Lewis said today that its fitting rooms would also be open, whereby “customer service hosts” will manage customer numbers and queues and a returns process will involve new drop boxes and the quarantining of returned stock for 48 hours.

Next day click-and-collect services will also resume in John Lewis shops, in addition to pick-up locations in Waitrose, Co-op and Booths, taking the total number of collect locations to more than 900.

It follows a challenging year involving the permanent closure of 16 stores as it undergoes a major shift in strategy to adapt to changing shopping habits.

“We are delighted to be welcoming our much-missed customers into our shops once more,” John Lewis executive director Pippa Wicks said.

“We’re looking forward to reuniting customers with the joy of physical shopping, along with the excitement of our stores, whilst also introducing our customers to stylish new products at prices they won’t expect.

“We’re also excited to be opening up much-needed services and helping customers choose those items that are harder to buy online – from the perfect mattress, to road testing the right pram or finding the right pair of jeans.

“We want to make sure the shopping experience is as fun and inspiring as it’s ever been, while also ensuring that our customers and partners feel safe.”

Meanwhile, Primark is planning to offer extended opening hours across almost every store in England and Wales when they reopen on April 12 – to help reduce queues, spread demand and give customers more time to shop safely.

For the first week initially, stores will open for two extra hours per day on average, typically an hour earlier and later, with times varying by store.

“We have extended opening hours across almost all of our stores to help meet demand safely but we’re also asking our customers to keep up the support and spirit they showed last year, particularly if queuing outside or in-store.”

Ikea said it was preparing to reopen stores across England and Wales from April 12 after it reopened its stores in Scotland yesterday (April 5).

Ikea restaurants will remain closed until May 17, although bistros, which operate a contact-free takeaway service, will remain open along with Swedish food markets.

Poundland is also reopening more of its hibernating shops and plans to open more new stores over the next six months to help support the UK’s recovery from the Covid-19 pandemic.

As an essential retailer, the majority of Poundland stores have remained open throughout lockdown, but 55 “hibernating” shops will reopen on April 12.

Poundland brought 29 stores out of hibernation in February and will now reopen 43, including at the Merry Hill shopping centre in Brierley Hill and Sutton Coldfield on April 12 in England, Wales and the Republic of Ireland.

A dozen Pep&Co standalone fashion stores in England and Wales will also reopen next Monday.

Six further stores in Scotland are set to follow later in the month as restrictions are lifted there.

Poundland also confirmed it is moving ahead with the £25 million transformation programme launched last July, including new store openings and relocations, store revamps and investment in its chilled and frozen food distribution network following the 2020 acquisition of Fultons Foods.

Poundland has created more than 400 jobs in the current financial year and expects to create at least 250 more by the end of September.

The retailers’ reopening plans comes after Prime Minister Boris Johnson confirmed yesterday that the planned April 12 date for non-essential retail to exit lockdown would go ahead. 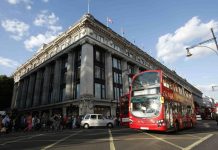