Naked Wines has appointed Darryl Rawlings to the board and will become chairman at the online alcohol retailer’s next AGM later this year.

Rawlings has joined the Naked Wines board as an independent non-executive director with immediate effect, and will succeed Ian Harding as chairman at the next AGM in August.

Harding had previously announced intentions to retire this summer after serving on the board for eight years.

Rawlings is founder and chief executive of Trupanion, a Nasdaq-listed direct-to-consumer monthly subscription business that provides medical insurance for cats and dogs throughout the US and Canada.

Since founding the business in 2000, Rawlings has led Trupanion’s consistent growth, which generated $500 million in revenue in 2020.

Naked Wines said that because of his experience in operating and scaling a subscription direct-to-consumer business in the US over the last 20 years, Rawlings’ insights and mentorship for the retailer’s executive team would be “invaluable” as it continues its expansion.

“We have conducted an extensive search process and I am delighted that Darryl has agreed to join Naked Wines at such an important moment in our growth journey,” Harding said.

“The group has evolved beyond all recognition over the last five years – from a UK-orientated store-based retailer, into a fast growing and agile direct-to-consumer subscription business with an entrepreneurial culture and strong focus on its huge US growth opportunity.

“Darryl’s appointment adds valuable skills and experience, and a further US focus to the team.”

Rawlings said: “Naked is disrupting the wine industry through its unique business model and superior offering to both customers and winemakers.

“Nick and the team have created a compelling consumer proposition with attractive economics and high retention.

“I’m excited to join the board as the business scales and leverages its position as a leader in the direct-to-consumer wine market.” 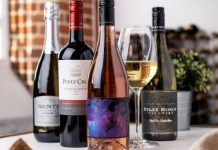 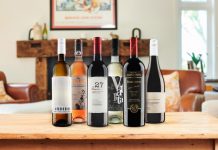 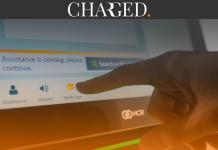