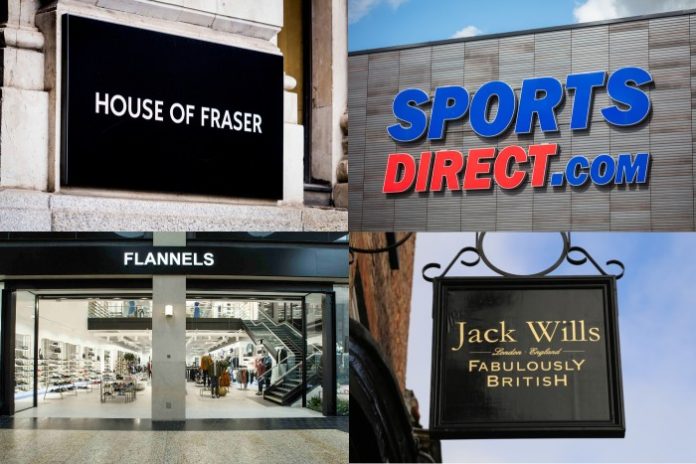 Frasers Group has announced plans to spend £60 million between now and and July despite warning last month that it would suffer a £200 million hit from the Covid-19 pandemic.

The Mike Ashley-owned company, which owns high street chains House of Fraser, Sports Direct, Evans Cycles and Jack Wills among others, will start the buying spree on Tuesday – buying a maximum 10 million shares.

No reason was given for the decision but businesses typically purchase shares and hold them in reserve to reduce the number of shares available to the public, which tends to push up the share price.

“The purpose of the programme is to reduce the share capital of the company,” Frasers Group said.

The move comes less than a month after the firm said it could take a hit in excess of £200 million due to the Covid-19 restrictions – double its previous estimate in February.

At the time, bosses said further restrictions were “almost certain”, believing a writedown against freehold values and other non-cash impairments will be required.

Frasers Group has also been critical of the government’s response to extending the business rates holiday, complaining that the support on offer did not go far enough for big chain retailers.

Despite bemoaning its financial woes, the firm has also made several unsuccessful attempts to buy up rivals who have struggled during the pandemic, including Arcadia Group, Debenhams and Peacocks.

Frasers Group reopened its estate in England and Wales on April 12 following the easing of lockdown restrictions for non-essential retailers.

It did not give an update on current trading.

During the first lockdown in March 2020, Ashley tried to claim that Sports Direct was an essential retailer and should remain open, but faced a severe backlash from unions and politicians – including the Prime Minister.