Although headlines in recent years have predicted a move to a cashless society, the retail sector is simply not there yet. At least not in the UK.

Many retailers have experimented with going cashless, but have subsequently moved back to accepting cash and card payments after consumer criticism.

The rise in online shopping has been a growing trend in retail for years now, but the Covid-19 pandemic – with people forced to stay at home against a backdrop of various lockdown restrictions – saw an acceleration in the number of people moving to this form of retail.

As a result, grocers are increasingly towards accepting multiple forms of payment, including contactless methods – a particular concern during the pandemic. Meanwhile, online retailers have been looking to transfer some of their digital efficiency to bricks-and-mortar stores, and are experimenting with new forms of automation.

Amazon Fresh – which initially launched as an online-only grocer for Amazon Prime members in the UK in 2016 – opened its first bricks-and-mortar stores in London in March. From alcohol to a fresh bakery on-site, the store features a “just walk out” shopping experience to rid the task of having to queue for each transaction.

From independent locations to larger grocery store chains, competition extends beyond other bricks-and-mortar locations and into non-traditional food retailers that include Amazon, convenience stores and even department stores.

As such, traditional grocery stores are always looking for ways to up their game.

In February last year, Big 4 grocer Tesco opened its first ever mainstream cashless store in London’s High Holborn, allowing users to pay with a range of digital payment options including contactless cards and digital wallets like Apple Pay. The store featured only contain self-service checkouts in a bid to streamline the entire payment process.

Arguably, the cashless method has become more popular due to Covid, given that shoppers showed little interest in the initiative prior to the crisis.

Pete Wickes, general manager at payment tech firm Worldpay, argued that even before the pandemic, the grocery market was already using technology to reinvent the shopping experience.

“The rise of self-scan devices and self-checkout, along with the increase in consumers using grocery apps over the last decade or so have added new convenience to shopping instore,” he said.

“Self-checkout continues to evolve and there are concept stores emerging where shoppers can ‘just walk out’ without going through a typical checkout process.

“The appeal of the model highlights a big part of what people have come to love about the online buying experience: quick and painless checkouts.”

In fact, Sainsbury’s scrapped its cashierless grocery store in 2019 – which was a UK first at the time – after a three-month trial. It admitted that “not all our customers are ready for totally till-free” shopping.

Earlier this month, Tesco moved into autonomous store technology in a bid to compete with Amazon Fresh. The Big 4 grocer invested in its Trigo powered autonomous store system in a second UK location after launching in its head office Express store in Welwyn Garden City.

Tesco had trialled the checkout less store tech and plans to roll it out to more of its stores as Amazon Fresh takes the grocery space by storm.

Sachin Jangam, retail partner at Infosys Consulting, said he expected the transition to “just walk out” models will be led by the Big 4 grocers, given their ability to make significant investments in technology, store format and product density.

“This model is far more suited to the high street stores owned by the Big 4, rather than their large super stores,” he told Retail Gazette.

“The ‘just walk out’ phenomenon could potentially lead to a reduced product range at convenience shops.”

Jangam added that German discounters Lidl or Aldi will likely follow this trend, but their formats are unique, with higher levels of product density on the shelves – posing a more complex technology challenge when implementing “just walk out”.

“Currently, Lidl and Aldi are known for their significant checkout efficiency. This is due to small but highly effective checkout engineering innovations, like larger bar codes to reduce re-scan efforts and post checkout dividers to allow one customer to pack their bags, whilst the next is progressed to checkout,” Jangam said.

“These stores have, in many ways, taken a different route to customer satisfaction with decreased wait time being the key – so, the ‘just walk out model’ may allow the Big 4 to offer this same efficiency, without the rush.”

Oliver Guy, global industry director for retail at software firm Software AG, said grocery margins were likely to drop by 13 per cent by 2030.

“The three biggest costs in retail are real-estate, merchandise and labour. Walk-out models, however, allow the labour costs to be cut significantly,” he explained.

“By definition, disruptive technologies or approaches are those that remove friction from the customer journey.

“The single biggest point of friction in retail – especially in convenience and grocery – is queuing to pay. Walk-out eliminates that at a stroke.

“Alternatives of self-scanning only stores, that Sainsbury’s has experimented with, simply do not ‘cut the mustard’ as there is a new point of friction added – such as the need to juggle a scanner, or your smartphone, with your shopping items.

“Retailers simply have to look at using these walk-out models – perhaps collaborating on the technology if they do not want to work with Amazon – in order to address the labour cost challenge.

“Another key point here is that if we go back to the ‘toilet roll crisis’ of 2020, this was caused by the ‘bullwhip effect’ where demand signals from the store shelf are too far disconnected from the suppliers.

“The walk-out model has the potential ability to eliminate this and keep manufacturers fully aligned to ‘at shelf-edge’ demand signals. This will facilitate a more efficient and resilient supply chain.”

Arguably, the checkout process has been an area of frustration for shoppers for many years. Any technology that is easy to use, easy to maintain and helps shoppers is likely to play a significant role in the future of grocery retail.

However, a swift shopping experience alone is not going to win out for all groups. Retailers may need to consider that cashless stores could risk becoming a fad or a temporary attraction for tourists. 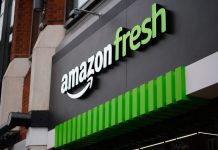 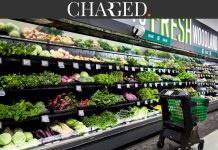 How Amazon has eliminated friction at checkout 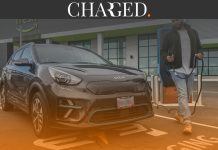