// Primark has teamed up with Greggs to create an 11-piece clothing range, which will launch in 60 stores on 19 February

Primark has teamed up with Greggs to create a clothing range in homage to the pasty specialist.

The 11-piece clothing range will go on sale in 60 Primark stores later this month and the pair will open a pop-up boutique on Dean Street in London’s Soho ahead of the collection’s launch on 19 February.

The boutique is by appointment only with only 300 slots available on the 17 and 18 February. Greggs and Primark will be sharing booking details on their Instagram and Facebook pages at 10am on 10 February.

READ MORE: Forget Waitrose, Brits would rather live near a Greggs

The tie-up with also see Greggs open ‘Tasty by Greggs’ its largest ever branch inside of Primark’s Birmingham flagship.

Freshly baked collab. Coming soon to a @Primark near you… 👀 #GreggsandPrimark pic.twitter.com/Fkexkhzq19

The 130-seater café will open on the mezzanine level at Primark on February 12 with a menu that includes sausage rolls, bakes, pizza, sweet treats, and coffee. Customers will also be able to make click-and-collect orders via the Greggs App.

There will also be a refillable water station and a self-serve coffee cart where customers can skip the queues and buy hot drinks using contactless payment.

Meanwhile, Primark receipts showing items from the Greggs menu have appeared across Primark’s social media channels over the past week. 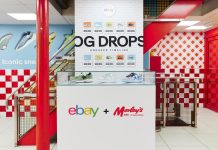 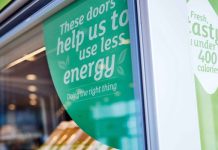