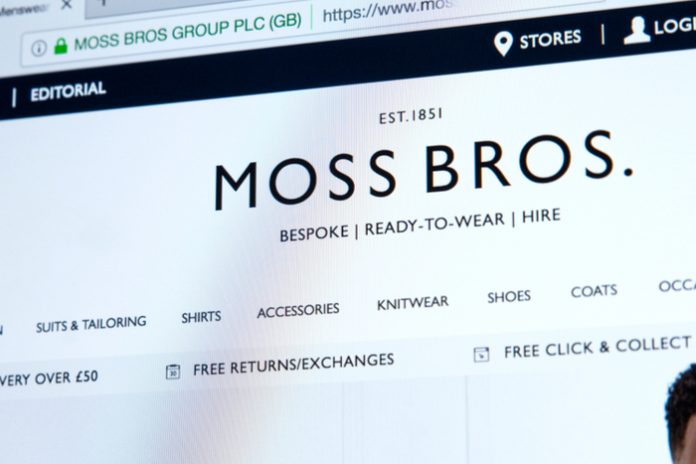 Moss Bros has witnessed an increase in turnover for the year to January 2022, despite a drop in demand for formalwear.

The turnover helped its profit on an EBITDA basis rise to £17 million from a loss of £11.7 million a year earlier.

Profit before tax in the latest year was £12.4 million compared to a loss of £21.8 million the year before and net profit reached £10.4 million after the previous year’s £17.6 million loss.

The company said the improvement was a direct result of its stores reopening in April last year after the pandemic, and its strategy to meet post-pandemic demand.

The lifting of restrictions allowed people to attend weddings, social, sporting and other similar events that had been postponed in the previous year.

It added that despite widespread difficulties across UK retail, its performance in the latest year was indicative of the resilience of a certain segment of UK consumers “and their willingness to buy products which offer exceptional quality at reasonable price points”.