Entertainment retailer HMV has today stated that a “technical issue” on its website led to suggestions of a fix over the winner of TV talent show The X Factor, ahead of its live final this weekend.

Last night, users of the retailer‘s website found that Amelia Lily‘s single was soon to be available and was posted under the title ‘Amelia Lily X Factor 2011 Winner‘s Single‘.

It was suggested by many that this was a result of a fix by the popular show, and follows similar fears by fans following confusion over a phone-in vote that saw Lily return to the line-up after being booted off the programme in the opening stages of the live shows.

Gennaro Castaldo, spokesman for HMV, explained that its website was looking to accept pre-orders for the eventual winner‘s single by offering recordings from all three finalists. However, only Lily‘s single was uploaded and this has since been removed to ensure that all three finalists details will be uploaded at the same time.

While X Factor bosses are said to be angry over the error, HMV maintains that the move was not the result of a fix.

“Once up, fans will be able to preorder the single by their prefered finalist, though only orders for the eventual winner will be processed and charged for,” Castaldo added.

“This has been the result of unforseen but regrettable technical issue, for which we apologise and ask that nothing further be construed.”

In August, X Factor announced high street retailer Marks and Spencer as its exclusive fashion partner, a deal which saw the retailer‘s autumn/winter clothing collections made available to viewers via the show‘s website. 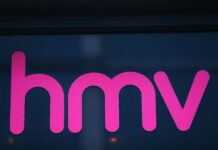