Youth fashion brand Lipsy has just launched its first stores in Dubai as part of a wider expansion across the Middle East planned for later this year.

The two outlets, opened in Mall of the Emirates & Mirdif City Centre in Dubai, represent the first own-store expansions abroad for the London-based brand, underlining how important the markets of the United Arab Emirates and its surrounding countries are to UK retailers.

Lipsy already sells internationally through departments stores Bloomingdales in the US, Galeries Lafayette in France, Robinsons in Singapore and Myer in Australia.

“The Lipsy brand has rapidly-growing global appeal and recognition and as such, since doors opened earlier this month, initial customer response has exceeded expectations. Lipsy is committed to international expansion and we look forward to exploring further opportunities for growth this year.”

Over the course of 2012 Lipsy intends to open additional stores in Dubai as well as launching its first shops in Bahrain and Qatar. The brand had also previously stated its intention to open outlets in fellow Middle Eastern states Kuwait and Lebanon.

International expansion seems a necessary policy for Lipsy, which was bought by high street giant Next in 2008, as domestic sales have been hard hit due to the squeezed finances of many UK youngsters at present.

While its parent company reported a profits rise of 8.5 per cent in the first half of its financial year, Lipsy saw its profits plummet to £200,000 compared to £1.1 million the previous year. 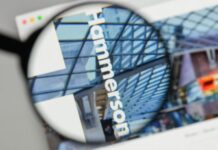