Sporting goods and clothing retailer JD Sports Fashion is set to dispose of its Canterbury rugby brand to Pentland for £22.7 million and acquire the One True Saxon Brand for £50,000, it has been announced today.

Since its acquisition of the New Zealand brand Canterbury in 2009, the group has struggled to strengthen revenue as “a substantial element” of its earnings are located in New Zealand and Australia, territories in which the group has limited operation and a reduced retail focus.

In its full year results for the 52 weeks to January 28th 2012, the brand, one of the largest rugby brands in the world, reported total operating profit of just £400,000 with a pre-tax loss of £1.1 million over the period, a position that is not sustainable for the sports retailer.

A statement from JD Sports said: “The Board does not believe that the Canterbury brand will be a key component of the Group‘s future retail proposition.

“Accordingly, the Board considers that it is in the Group‘s best interests to dispose of Canterbury on the proposed terms, which the Board believes reflects the future potential of Canterbury and will allow the continuing Group to focus on its retail operations and those brands within its Distribution division which support the core retail proposition.”

In January, JD Sports bought outdoor equipment & clothing retailer Blacks out of administration for £20 million and continues to focus on development and expansion across the group despite difficult trading conditions.

One True Saxon, an England-based clothing & footwear brand, was founded in 2000 and has been described as an ‘anti-fashion‘, providing staple items such as jackets and polo shirts.

In the year ended December 31st 2010, the brand had gross access of £600,000 with a pre-tax loss of £1.5 million, though Peter Cowgill, Executive Chairman of JD Sports, believes that the latest developments present a strong opportunity for the retailer.

“Having reviewed the options for Canterbury, we are pleased to have agreed its sale to Pentland on terms which are attractive for JD and provide Pentland with the opportunity to further build and develop the Canterbury brand,” he said.

“Acquiring the One True Saxon brand will allow us to leverage our in-house expertise and offer new products through our core retail fascias.” 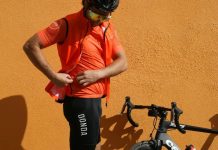