Non-food prices declined 0.4 per cent in February, according to the British Retail Consortium (BRC)-Nielsen Shop Price Index, while overall shop price inflation reported a 0.5 per cent increase on January to 1.1 per cent.

Deep discounting in January is a key factor in the fall in non-food and rise in overall inflation, which remains well below the Consumer Price Index of 2.7 per cent.

BRC Director General Helen Dickinson said of the figures: “There are still pressures in the pipeline, especially from recent rises in the price of animal feed, but barring any major shocks I would expect food inflation to stay fairly steady in the medium term.

“The overall inflation figure is up, another sign that discounting is less extensive than it was in January.

“But it‘s still well below the Consumer Price Index of 2.7 per cent – a reflection that, with consumer confidence still weak, retailers continue to do all they can to offer the best possible value.

“And our February sales figures, which showed the strongest sales growth for three years, suggest that customers are responding well to this.”

While a decrease in food inflation will be welcomed by retailers and consumers alike, last month Tesco‘s CEO Philip Clarke warned that rises in food prices were possible due to the ongoing horsemeat scandal which has forced the supermarket to pledge to source more of its meat from the UK and undertake stringent DNA testing to avoid further contamination.

“Food inflation continues to be volatile due to global factors such as worldwide demand, harvests and commodity prices and this month we have seen ambient food prices rising less slowly in the stores”, Watkins commented.

“This will help shoppers in the short term even if the outlook for inflation remains uncertain.

“We can also expect shoppers to continue to look for more savings in the weeks leading up to Easter and for retailers to respond with a continuation of heavy promotional activity.” 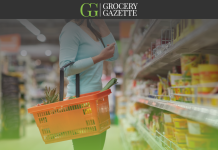