Restructuring specialists Zolfo Cooper, who were appointed to advise fashion retailer Nicole Farhi through administration, have received high levels of interest from interested parties from across the world.

Since their appointment, the Joint Administrators of NF Fashion Limited and NF Acquisitions Limited have received 50 expressions of interest from trade and investment buyers from the UK and overseas.

The Zolfo Cooper press office refused to comment specifically on who was interested in the brand and said “It would be inappropriate for us to provide further details relating to the identity of any potential buyers at this stage.”

Peter Saville, joint administrator and partner at Zolfo Cooper, said the company was looking forward to being able to announce a successful conclusion to the process in the coming weeks. He said: “As expected with such an iconic and deeply ingrained fashion brand, interest has been high.”

The collapse of Nicole Farhi is the latest big-name in a long list of high street casualties since Comet fell into administration last autumn, with previously popular brands such as Jessops, HMV and Blockbuster also collapsing. 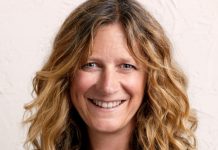