Landlords wait with baited breath for the judgment in the appeal of Jervis v Pillar Denton Limited (the Game Station case) which is being heard this week. The decision could significantly change the nature and treatment of unpaid rent due under a lease to a landlord from a tenant in administration. The Court of Appeal will revisit the principles established in the 2 leading cases on this issue and consider whether rent and service charge which falls due prior to the appointment of administrators is an expense of the administration or just a provable debt. The law as it stands enables a tenant in administration to in effect benefit from a rent free period when administrators are strategically appointed just after a rent quarter date.

The Game Station case is a group action brought by disgruntled landlords against PriceWaterHouseCoopers PLC (“PWC”) as administrators of various companies in the Game Group of Companies. PWC were appointed as administrators on 26 March 2012, the day after the March quarters rent fell due, and advised landlords that the March quarters rent would not be treated as an expense of the administration. This had a significant financial impact on landlords of over 100 properties which Game were occupying. This left the landlords with the prospect of having to prove the arrears as an unsecured creditor in any subsequent liquidation. It is said that the landlords are claiming back over £12 million for the unpaid quarter.

The landlords challenged this and PWC made an application to court for directions in relation to the treatment of rent, service charge and insurance payments. The leases required rent to be paid in advance on the usual quarter days. The court was asked to consider what, if any, part of the rent, service charge and insurance payments due under the leases should be treated as expenses of the administration and given priority over other creditors.

The High Court considered the application and held that it was appropriate to follow the principles already established in the leading cases on this issue:

The consequence of this was that the affected landlords were not entitled to be paid any rent by the administrators until the June quarter and were therefore unlikely to recover anything for the March quarter.

In future, landlords and tenants will no doubt be revisiting the way rent is demanded in leases to avoid similar problems arising in the future. Whatever the outcome, no doubt it will cause controversy and debate within the retail property sector and of course, the unsuccessful party may seek to t 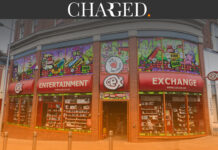