Today, convenience is retail‘s little darling, with sales soaring where other channels suffer. IGD forecasts this trend to continue, with the value of the convenience sector expected to grow from £35.6bn in 2013 to £42.2bn by 2018.

However, despite this spike in growth and change in fashion, the convenience store is one of retail‘s veterans, with retailers like Marks & Spencer breaking into the sector in the 1930s. Its heritage appeared threatened in 2006 as large multi-stores battled for loyalty, offering shoppers the ability to buy goods in bulk at a cheaper price. This change to the industry killed off the corner shop. Then, the rise of hypermarkets, out-of-town shopping centres and online shopping crippled the high street and led to many retailers going bankrupt.

But now convenience is starting to take back its crown as retail giants like Tesco and Sainsbury‘s see growth only in convenience stores and are investing in smaller, more cash-rich spaces such as Sainsbury‘s Local and Tesco Express. But with more shoppers picking up their goods on the way home from work rather than travelling out-of-town, what will become of these large ‘supermarket‘ and ‘hypermarket‘ spaces?

The spike in sales across the convenience sector is viewed collectively as a response to consumer demand. Changes to shopper lifestyles are always a key factor in what shapes the industry. Some may argue that as consumers, we now spend more time interacting with our smart devices than with each other – and this has implications for the retail sector.

Not only are we more in tune with e-commerce and m-commerce, but our beloved devices have also unlocked the digital door for alternative working patterns. The ability to work remotely 24/7 has led workers to check their emails, write proposals and enter conference calls without needing to be in the office. It could be argued that there is now an expectation for people to stay connected all the time – leaving them with fewer hours for their own ‘life admin‘.

As a result, a new mentality has been adopted. Many consumers consider life too short to be pushing a trolley up and down multiple aisles to find a ready meal and a pint of milk – especially when these remote workers can find a Sainsbury‘s Local at their train station or at the end of their road. After all, why would they spend longer than necessary trekking further afield to a larger out-of-town store?

Unless of course, they need to buy multiple items, the convenience store doesn‘t stock all the items on their list, or they aren‘t willing to pay the price for convenience.

It was the big format stores and the internet that initially killed the high street, but the former category is now in danger of becoming the next victim on the hit list. If shoppers are redefining what they mean by convenient, then retailers must take their convenience strategy to the next level.

Many French retailers, like Auchan, are offering ‘Click and Collect‘/‘Drive‘ customers the opportunity to collect large non-grocery items as well as buying fresh grocery produce. Similarly, Tesco are also trialling stores which go beyond traditional grocery shopping. The opening of their Watford store last year included more than just general merchandise, but a Giraffe partnership, spaces for yoga classes and even baby gyms. The future of their larger spaces plans to continue enticing customers beyond grocery with gyms, dry cleaners and restaurants. They want to make stores a “community space” where shoppers want to spend time, and in turn, spend money.

Planet Retail predicts the blur between bricks and mortar to evolve even further in future by offering shoppers the hybrid shopping experience, catering to every customer with any need. The future of retail space will see ‘Drive‘ pick-up p 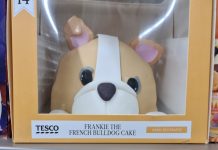 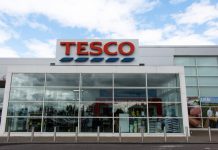