There was a significant slowdown in February spend from Russian shoppers coming to the UK as political tensions worsened the effects of the already weakening economy, leaving Russians disinclined to travel.

Tax free spend by Russian shoppers decreased 17 per cent year-on-year and Russia slipped down one place to be the fourth highest spending globe shopper market, behind China, Middle East and Nigeria.

Russia is consistently one of the top spending international markets in the UK, with shoppers spending an average of £669 per transaction but political unrest and the weakening of the Rouble has taken a toll on spend as it is more expensive for Russians to travel. Year to date, Russian spend in the UK has fell 16 per cent y-o-y as the ongoing dispute between Russia and Ukraine continues.

Gordon Clark, UK country manager of Global Blue, commented: “Russia is still one of the top globe shopper markets in the UK as high net worth individuals are drawn to the UK‘s extensive offer of luxury brands, so businesses should renew their emphasis on strategies to entice these individuals and encourage high level spend.”

Though growth in Russian tourism to the UK may look slow for the near future, the long term forecast is positive. In 2013, Global Blue Tax Free Spend Index figures showed that Russian spend increased 16 per cent y-o-y overall for the year with average spend per transaction up 4 per cent y-o-y and many UK luxury retailers are introducing services to attract and accommodate the Russian shopper.

More and more businesses are introducing Russian speaking staff and marketing materials, tax free services, private opening hours and cultural training, and as the appeal of travelling to and shopping in the UK increases, 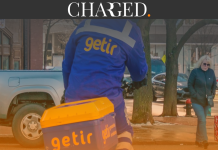