Giant American retailer Walmart is being forced to pay $188m in fines to employees who had not been paid correctly.

The Pennsylvania Supreme Court ordered the corporation to compensate employees whose hours worked and breaks had not been paid accordingly and as a result, will reduce Walmart‘s earnings for the quarter ending Jan 31 (by 6 cents a share), the company has said in a securities filing.

According to the class-action lawsuit, the retailer was cutting workers‘ breaks for meals and rest regularly, as well as failing to deliver wages in line with the hours worked. The ruling, which came into effect on Monday, affects approximately 187,000 members of Walmart staff who had worked in the state of Pennsylvania between 1998 and 2006.

Brooke Buchanan, a spokeswoman for Walmart, said that the company did not feel the claims should have been grouped together in a class-action suit. She added:

“Walmart has had strong policies in place to make sure all associates receive their appropriate pay and break periods”.

Walmart said yesterday that it was considering an appeal of the decision, which upheld lower court rulings, to the U.S. Supreme Court.

The verdict comes as the second unfavourable decision made for the retailer, after a National Labour Relations Board Administrative Law Judge discovered that the multinational company had posed a threat towards employees trying to band together workers at two stores in California.

The latter ruling was a triumph for workers‘ rights groups who have been fighting for Walmart to boost wages and benefits.

A Walmart spokesman said the company did not agree with some of the judge‘s decisions in that case either and is assessing subsequent steps. 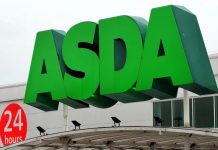