London fashion week kicked off Friday, showcasing the consumer trends that are set to make an impact this Spring. February 2015‘s event has already highlighted the importance of retailers collaborating for maximum exposure, as shoe stylist Sophia Webster‘s ‘freak like me‘ Coca Cola designs sashayed down the runway, cleverly mixing consumer goods with art.

It comes as no surprise that novelty designs have hit the catwalk, as a nostalgic 90‘s grunge has taken over high street stores over the past year, while groceries have been thrown into the limelight with high street battles for the lowest price. Aisling McKeefry, Head of Accessories Design at ASOS, commented towards the end of December, “Novelty has been a big deal for us for the last couple of seasons”.

Designer brand Anya Hindmarch has transformed traditional cereal into novelty couture by incorporating the classic Kellog‘s Cornflakes and ‘Frosties‘ branding on her £1,000 handbags. By mixing food and fashion, retailers are able to create the ultimate powerhouses, matching two basic human needs, while also amplifying publicity in the fashion capital of the UK.

Moschino‘s food success is perhaps the most influential novelty inspired collection, shocking the public at a Milan fashion show in 2014. Though the McDonald‘s pieces caused controversy, with many deeming the collection a mockery of the fast food chain‘s staff uniforms, the overall success of Jeremy Scott‘s designs is highlighted in the company‘s profit. The Italian company saw revenue increase by 7% in 2014, ending the year at â‚¬163.4m and AEFFE‘s fastest growing brand. There is little doubt that the Mcdonald‘s pieces contributed to this success , with Selfridges having to order the ‘French Fry‘ phone cover three times to keep up with customer demand. Hannah Almassi, fashion editor at Grazia believes this has, “given the hallowed high fashion houses a new visibility among a younger audience.”- something that will widen both parties demographics.

Sophia Webster‘s Coca Cola collaboration comes at time when spending (particularly in supermarkets) is at an all time high. Grocery sales rose by 1.1% in January, the fastest rate since June 2014, while shares in Tesco and Wm Morrison thrived.

Fraser McKevitt, Head of Retail and Consumer insight at Kantar Worldpanel, puts this down to the fact that, “Shoppers are taking advantage of both lower fuel prices and the continuing price war among the supermarkets to slightly increase their grocery spending”. Supermarkets are en Vogue this season and with consumer spending at an all time, both fashion and food industries hope to prosper. 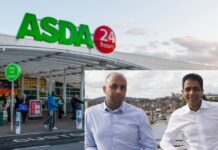 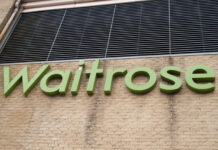 Which? names Waitrose supermarket of the year

800 jobs up for grabs as H&M announces new Milton Keynes...