Pharmacy chain Walgreens Boots Alliance has been under scrutiny from the British public since it first relocated to Switzerland in 2008. The contentious move involved the chain‘s headquarters moving to a country that generated little income for the company, but provided low taxes.

Yesterday at a retail industry conference, the issue was brought to light as campaigners protested against the company‘s tax avoidance. Executive Vice Chairman and acting CEO of Walgreens Boots Alliance, Stefano Pessina was asked to justify the move but instead focused on the company‘s success in the conference, commenting on the sheer number of Boots pharmacies: “90% of people live 10 minutes away from Boots stores”.

Leaflets distributed outside the venue listed the repercussions of the company‘s move for the British taxpayer. They outlined that 40% of Walgreens Boots Alliance‘s profits came from the taxpayer‘s NHS, while the amount of tax the company avoided would have paid for over two years of prescription fees for the entire nation.

In October 2013 a report was published by War on Want, Unite and Change to Win which highlighted that the company had been avoiding paying around £1.12bn through interest deductions. This reduced its corporate tax bill by 95%.

Owen Espley, Senior Economic Justice Campaigns Officer at War on Want feels that it is “high time that Boots paid its fair share of UK taxes. It is simply unacceptable for a company that receives about 40% of its UK income from the NHS”. Espley goes on to talk about NHS patients who loyally use Boots to fill their prescriptions, arguing that they don‘t want to see their charges and taxes ‘disappear in to tax avoidance schemes”.

US coffee chain Starbucks is another company that has had issues with taxpayers, following its own tax avoidance that came to light in 2012, something it is still trying to overcome. Though the UK spends £1.45bn per year in coffee shops, Starbucks has had difficulties in the last few years. Pre-tax profits were £1m in the year up to September 28 2014. This follows a £30m loss in 2012 and the closing of 67 of its coffee stores in 2014. While Britain has suffered due to a dented reputation, profits in US Starbucks have rocketed, increasing by 82% in the last quarter of 2014 compared to the same time the year before.

The protest has led retailers to question the harm tax avoidance will have caused the company‘s brand. There is little doubt that it will have infuriated the British public but whether it will affect the company‘s profits is yet to be told.

Since publishing this article, Boots has reached out to Retail Gazette and a Walgreens Boots Alliance spokesman said:

“The ‘event‘ organised by Change to Win and War on Want started at around 8.30am yesterday and was attended by no more than 10 participants.”

The on-going campaign of Change to Win against Walgreens Boots Alliance is mainly driven by its US agenda and their claims about our tax position in the UK are inaccurate. The UK remains a very important market for Walgreens Boots Alliance, with the Company employing around 70,000 people across the UK and maintaining the headquarters of Boots in Nottingham. 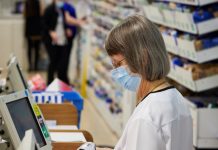 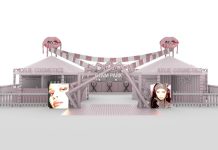 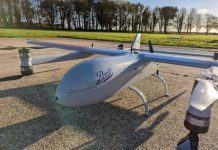