I meet Shannon Edwards the morning after I’ve finished reading Tech Bitch. This seems fitting given that the book is about women in the 21st century’s multimedia landscape (who according to the book must adapt or die), and Edwards is the CEO of Styloko: ‘The fashion discovery engine’.

I’m telling Edwards all about the book, how the millennials in it are social media obsessed and tech savvy like you wouldn’t believe, and she isn’t the slightest bit fazed because Edwards has “ridden the tech wave from the start.”

Styloko is a digital shopping tool that aggregates around 700,000 products from almost every major UK retailer, learning consumer preferences as they browse and swipe, so that it can suggest new products. Essentially, it’s personalisation on steroids.

Styloko recently launched a fashion discovery app as part of its ‘multi-device shopping strategy‘: The WantList, allowing women to pick up where they left off shopping earlier that day, week or month across any device. I ask Shannon to tell me all about it.

“We have really complex algorithms that generate very insightful data,” she explains. “Say you‘re looking at a feed of shoes, once you start showing interest in specific types, we can identify that you have a penchant for luxury shoes which we then start to pull forward without you even realising. That’s our algorithms learning your behavior. One of my favourite features of Styloko is its visual technology, which identifies pattern and colour similarities and eliminates the need for text based search.”

“For example,” she says demonstrating the app on her iPhone, “Say you‘re looking for a floral dress and you really like this Dolce and Gabbana number but it‘s a $1200 dollar dress. Instead of letting you move on, we say, ‘well here‘s other dresses with similar patterns and, oh look, here‘s an identical Reiss dress for £195 instead!‘”

Edwards is a doyenne of internet shopping and has been heading up Styloko since November 2014. Before that though, she started out as a journalist, switching to public relations in 1999 when relocating to San Francisco, a move that she describes as “nothing I will see again in my life. The hype, the money, the hubris, all of it, is literally a story I will tell my grandkids.” Her clients included digital brands like Yahoo! as well as retailers such as Drugstore.com, but when the early 2000 market crash happened and the majority of Edwards‘ peers were being “laid off and golfing all day” she hung up. In 2003 she became Netflix’s newest Marketing and Communications Director and later moved on to Shopping.com prior to its acquisition by eBay. Edwards found herself launching Shopping.com in France, dividing her time between Paris and London before deciding that London was where she wanted to be full-time. “For me the frustration I had in the US, especially at the time, was that it is very segregated by industry,” says Edwards. “So you have entertainment in LA, media in NY and technology in San Francisco. Obviously it’s developed since then, but with London I knew it was going to be the epicentre of fashion technology.”

In 2008, Edwards began working with ShopStyle Europe as Vice President and Managing Director, launching the business in the UK before France and Germany in 2009. She grew the European fan base to over 2m monthly unique users, from zero, 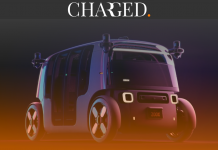 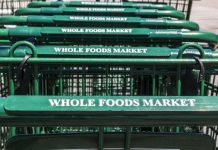