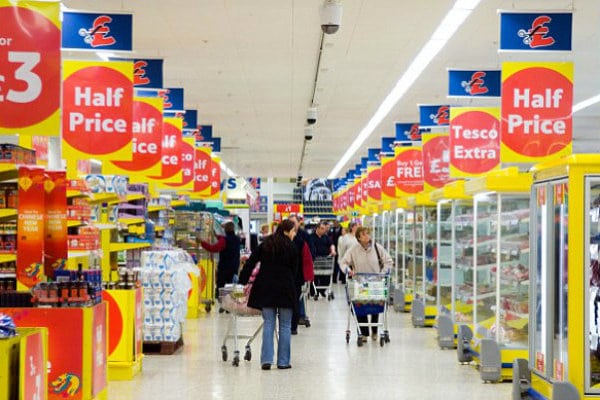 E-commerce firm Webloyalty has revealed data suggesting that Tesco will be the top choice for consumers this Christmas for seasonal food and drink.

The data sees Tesco holding a steadfast position as the top Christmas grocer, with 34.5% of consumers planning to use the retailer. This comes despite a turbulent period for the company, which just prior to Christmas last year became embroiled in a huge accounting scandal that it is still attempting to recover from.

Christmas spending looks to grow by 2.5% on last year to £16.5bn. Retailers have been investing a great deal in making sure they are ready for the holiday rush, which will include Black Friday sales.

“Looking through the research it is positive to see that Christmas spending is continuing to grow year on year,” said Webloyalty‘s MD for Northern Europe Guy Chiswick.

“This is partly due to low inflation and heavy price competition within the grocery sector, which has eased some of the pressure on household finances in recent months and helped to boost consumer confidence.”

He further claimed that with the predicted spending increase, this could be the best Christmas for retailers since the 2008 recession.

According to the web survey behind Webloyalty‘s data, Sainsbury‘s will be the second most visited retailer, followed by Asda, Aldi, Marks & Spencer, Lidl and others.

Big Four member Morrisons failed to make even the top five on the list, with only 15.8% of customers asked planning to do their shopping there.

The report added that the average spend on Christmas gifts will be £282.70, an increase of 3.6% on last year. Additionally, software firm SAS claimed that one in five British shoppers would buy their gifts during Black Friday week, while a report by the New York company Rubicon Project found that 43% of Christmas shoppers in the UK plan to do most of their shopping online.