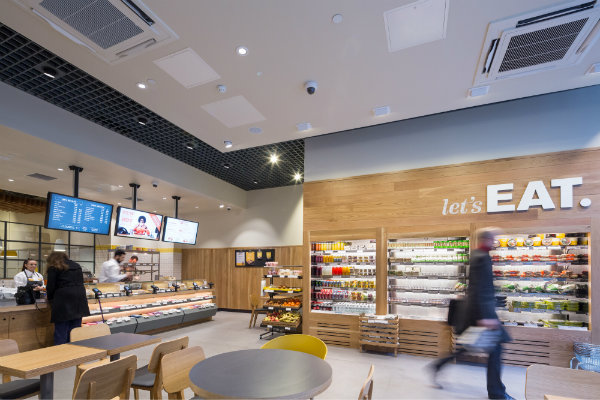 In 1996, Niall and Faith McArthur founded Eat, the sandwich retailer chain now frequented by busy urbanites. The first store opened in London‘s Charing Cross, followed by 5, then 50, then beyond.

In June 2013 the McArthurs stepped back from the day-to-day running of the business, choosing to remain on the board in a non-executive capacity. Meanwhile, they brought in big guns Adrian Johnson, former MD of Costa and later Strahan Wilson, previously Finance Director at Burger King.

When Wilson joined as CFO, Eat was a classic entrepreneur‘s business. One with decision making that centralised around the owners and ‘spirit‘, as well as a “hodge-podge of spreadsheets”. No big deal for the 5-store company that Eat once was but impractical and cumbersome for the burgeoning chain it was becoming.

“It was a nightmare,” Wilson tells Retail Gazette, “We had around 27 barely interlinked spreadsheets across three completely unrelated planning horizons.”

Part of Wilson‘s brief was to professionalise the business and gear it for growth, which he has done. But what was the alchemy behind Wilson‘s strategy?

“The business had no medium-term visibility of financial consequences,” he explains. “So it struck me that this should be the very first thing I needed to sort: streamlining the accounting and planning processes.”

Wilson had previously worked with Anaplan, a cloud-based platform that came in handy at Burger King. Transposing this knowledge to Eat‘s processes, he was able to get clearer means of visibility over relevant time frames.

After all, “in a company, you can only have credibility if you are able to answer questions with a degree of certainty.”

In 2014, Eat entered into a refurb programme to ensure the core business was in good shape before the focus shifted to opening new stores. To put this into context, Eat had 114 stores and was looking to increase its portfolio by around 100. “The nature of the beast is that timescales are never as you expect,” says Wilson, referring to variables such as rent and landlords. “All of those factors put financial pressure on the business.”

Wilson wanted to build on the McArthurs‘ legacy but organise processes; maintaining the company‘s entrepreneurial legacy and flair. With the year end in June there was a need to have everything sorted by the end of March and Anaplan helped with just that.

“I love its intuitive nature because it‘s consistent with Excel,” explained Wilson.

Following his implementation of finance functionality 2.0, the business set out to become a nationally recognised chain. It‘s well-known in London, particularly in zone 1, where the store count sits comfortably at 90. What‘s happening increasingly, and Eat isn‘t alone in this, is those brands successful in the capital are starting to look outside the region. While Eat doesn‘t have the brand recognition that other food and beverage players do, it does have a compelling proposition.

“The rest of the UK is playing catch-up to the food trends,” muses Wilson. “We‘re excited about the combination of much lower rents and the strong foody desire which is becoming increasingly prevalent elsewhere. The happier circumstance is low rent and strong demand which overcomes any weakness in recognition”

I ask how Eat differentiates itself from similar, more established retailers who are widening menu options, to include alcohol beverages in the evenings for example.

“People‘s eating habits have changed significantly over the last 10 years, Wilson says in riposte. “Traditional breakfast, lunch and dinner times have shifted and as London rents increase at an eye-watering rate‘, retailers are all looking at the returns needed to be made given the rent that has to be paid.

“So if all you‘ve got is a lunch business,” Wilson describes, “It‘s not enough. Lunch is only around 2 hours a day.