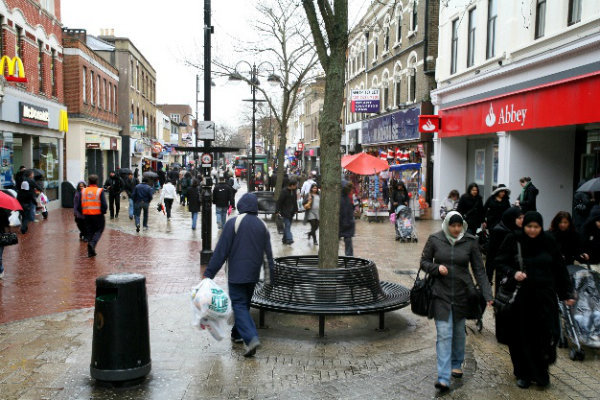 Average high street footfall has declined to its lowest point in two years.

The latest figures from the British Retail Consortium and Springboard revealed that high street shopper numbers fell by 4.6% in April. Overall footfall fell by 2.4% compared to the same period last year, though this was a slight improvement on the 2.7% decline in March.

Customer traffic at shopping centres fell 0.7% in the period, though footfall at retail parks increased 1.1%. The town centre vacancy rate rose to 9.6%, compared to 8.7% in January; the first time this figure has worsened since the beginning of 2015.

For the second consecutive month footfall figures declined in all ten regions in the UK. Wales saw a meagre decline of 0.6%, compared to Scotland which saw the largest fall at 6.2%. The London average was a decline of 1.5%.

“April‘s footfall figures certainly echo the high street decline seen over recent months, which can be attributable to the poor weather for this time of year, but with digital sales and retail parks also slowing down it signifies something more at play,” said Diane Wehrle, Springboard Marketing and Insights Director.

“The rise in unemployment and economic uncertainty in this pre-EU referendum period has undoubtedly adversely impacted consumer activity. We know that cuts in retail spending are the first line of defence against threats to household budgets when consumer confidence is knocked.

“This highlights the need for retail destinations to broaden their offer to embrace new and exciting retail formats that drive activity, but also to have an offer that captures the increasing consumer demand for hospitality and food and beverage.”