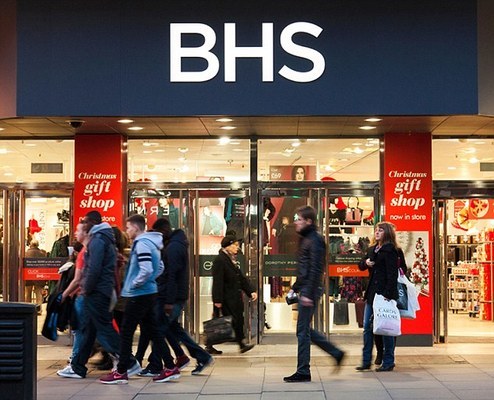 US investor Green has a 25 per cent stake in Top Shop, the top performing outlet in Sir Phillip Green‘s Arcadia group, which BHS was formerly part of.

According to The Times, Field wants to question Green over whether Top Shop, which has a separate pensions scheme, can plug the whole in the BHS pensions shortfall.

There are concerns Green may serve as an obstacle in the plan to use money from the fast fashion retailer Top Shop to aid the BHS pensions deficit of £571 million.

This comes alongside revelations from the Guardian that Dominic Chappell, who bought BHS for £1 in 2015, was on the brink of having his house repossessed before receiving an interest-free loan of £1.5 million of BHS cash.

Retail Acquisitions, the company headed by Chappell which became BHS‘ owner, has been described by MPs as being run as like a “joke” after Chappell revealed the £1.5 million loan that is yet to be repaid.

Chappell had previously told the committee that this loan was to remortgage the property, and MPs had no idea of his family‘s financial troubles.

Only two directors of Retail Acquisitions voted for the loan, Chappell and his friend Lennart Henningson. Eddie Parladorio was the single vote against it.

Prior to this Chappell has been bankrupt three times.