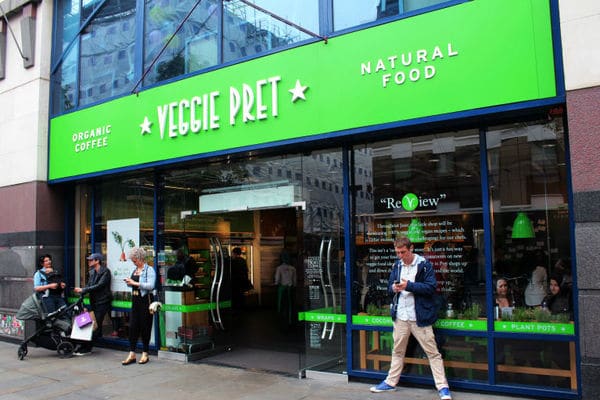 Pret A Manger has announced that its Veggie Pret pop-up store in London’s Soho district has been so successful, it will remain permamnent.

The high street chain has also announced that it could open a second vegetarian-only shop in the future.

Veggie Pret was launched after a consumer survey of 10,000 people voted for a vegetarian-only offering.

It was originally intended to be open for just a month, but was extended to 12 weeks due to popularity.

Sales in the store since the conversion have increased despite fears they would drop by 30 per cent.

Pret chief executive Clive Shlee wrote on his blog: “12 weeks ago, we opened Veggie Pret as a month-long pop up in Soho.

“We were so overwhelmed by the public response that we kept it open for the summer. I can now tell you that we’ve taken the decision to keep it open for ever(!) And, if we can, to open more Veggie Pret shops in the future.

“We are now debating where to open the second Veggie Pret. The odds are that it will be a visible corner in the City of London, where we can convert an existing shop to a pop up and see if it resonates with city workers before deciding whether or not to make it permanent.

“I hope we can bring Veggie Pret to more cities in due course.“