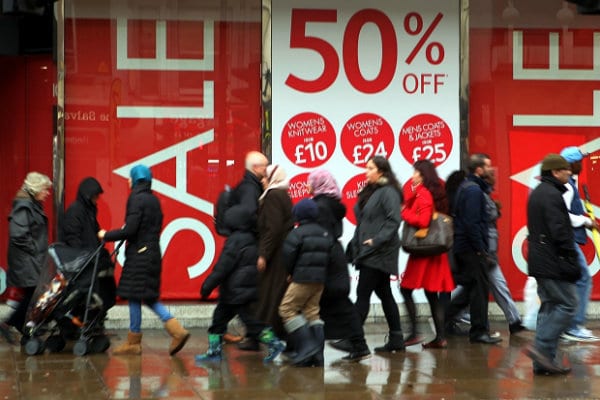 August may have registered the worst performance in retail sales since September 2014 but analysts have warned not to over analyse it, citing distractions such as the Olympics and a warm, sunny month.

According to the latest Retail Sales Monitor report, overall retail sales declined 0.3 per cent for the four week period of July 31-August 27, compared to a 0.1 per cent increase in August 2015.

According to the British Retail Consortium (BRC) and KPMG, to compiled and published the report today, this is the weakest performance since September 2014 – excluding Easter distortions.

On a three-month basis, total UK retail sales rose 0.6 per cent, half the rate of the 12-month average of 1.2 per cent.

Meanwhile, on a three-month basis total food sales increased 0.9 per cent, its best three-month average growth since December 2013 excluding Easter distortions and well ahead of the 12-month average of 0.3 per cent.

In terms of total non-food sales, on a three-month basis this went up by 0.4 per cent, a slower rate than the 12-month average of 1.9 per cent and the worst since November 2011 excluding Easter distortions.

The underperformance was not limited to the fashion categories – clothing registered its worst 12-month growth since the Autumn 2009 – but was also felt across the home categories.

In addition, the online sales of non-food items experienced its lowest growth since March 2013.

The BRC and KPMG said the latest sales figures were driven by how August‘s weather – warmer and drier than last year – had drawn families to taking days out in the sunshine rather than going shopping, illustrated by fewer visits to shops and websites. Consumers were also distracted with the Olympics on TV.

“A month of extraordinary achievement for Team GB certainly produced a feel-good effect and consumer confidence was up on July, but that generally didn‘t translate into extra sales,” BRC chief executive Helen Dickinson said.

“Consumers were enticed towards leisure and outdoor activities rather than shopping, although food did post its strongest performance in more than two years – fuelled by demand for picnic, barbeque supplies and celebratory drinks.”

Dickinson highlighted that “care should be taken in reading too much into August‘s lacklustre performance”.

“As we‘ve seen in the last couple of months, data portending the health of the economy paint a volatile picture,” she said.

“The fact is that so far little has directly changed for the UK‘s consumers as a result of the [EU] referendum, so it‘s the pre-existing market dynamics that are still driving sales.

“The slowdown in real wage growth in the first half of 2016 and strong competition will continue to weigh on trend growth in total sales; whilst holiday timings, promotional and seasonal activity will contribute to fluctuations month on month.”