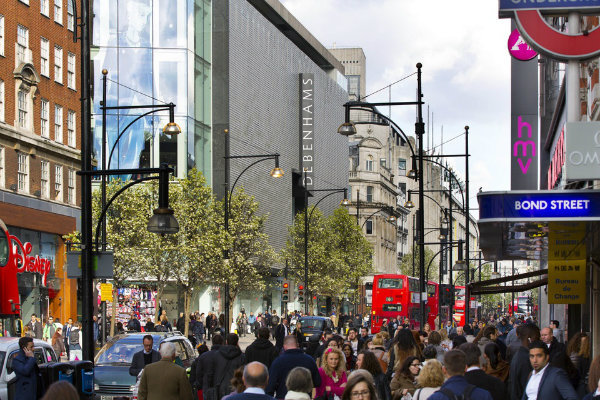 Shoppers in Newcastle and Birmingham spent more on fashion over the last 12 months than those in any of the UK‘s other major cities, according to a new report.

The Spotlight: Retail Revolutions report, published by real estate firm Savills and shopping centre chain Intu, shoppers from those two cities had an average spend of £304 and £313 per head respectively.

Meanwhile, shoppers in Bristol spent the least, at just £184 per head.

The report also analysed shopping habits by both location and age, and found that the highest fashion spend came from Generation X (35-44 year olds) in Newcastle, which averaged £581 over the last 12 months.

This was followed by Liverpool‘s Baby Boomers who spent £507 per head on fashion over the same period.

“While younger consumers shopped most frequently across all cities, spending is perhaps more constrained in those cities where living costs are highest,” he said.

“For example, Generation Y shoppers (25-34 year olds) in London spent £357 compared to their generational counterparts in Glasgow and Edinburgh, who spent £436 and £413 respectively.”

The report also indicated that Londoners has the strongest outlook for fashion spend, with 41 per cent of consumers reporting positive sentiment, while Liverpudlians reported the weakest sentiment with 22 per cent of shoppers expecting to increase their fashion spend over the next 12 months.

Across all 10 cities surveyed, the younger Generations Z (16-24 year olds) and Y were more positive than their older counterparts about increasing future spend.

Generation Y in Birmingham had the most positive sentiment of all groups, with 85.1 per cent expecting to spend more on fashion over the 12 months ahead.

The report also looked at the link between shoppers‘ satisfaction with the local fashion retail offer and online fashion spend.

In Cardiff, where 84 per cent of shoppers are satisfied, online accounts for just 25 per cent of fashion spend.

However, in Birmingham and London where consumers were least satisfied with their local retail offer, online accounted for 40 per cent and 39 per cent of total fashion spend respectively.

Savills commercial research director Tom Whittington said the report highlighted “clear opportunities” for retailers to expand or establish themselves in areas where their target demographic is seeking something more to satisfy their fashion needs.