Earlier this week some of Britain‘s most respected retail brands were found to be using factories in Turkey that not only flagrantly breached health and safety regulations, but hired Syrian refugee children who had no right to work and were underage.

The BBC Panorama documentary revealed that companies such as Marks & Spencer, ASOS, Mango and Next were all using these factories exploiting young workers.

Despite all these brands championing fair trade, and ASOS being awarded the title of “UK‘s most reputable fashion retailer”, this is not a one off.

“The law is certainly developing to the stage that these UK companies might be held to be legally liable in some instances.”

In fact, it‘s tough to find a single fashion brand that hasn‘t been embroiled in a sweat shop scandal. Not only does this breach human rights, it also damages brand image.

So how and why do these retailers still end up using factories which fall well below acceptable standards?

“This is central to the outsourcing model, which seeks to find the lowest cost provider,” industrial relations professor at Warwick Business School  Jimmy Donaghey said.

“Ultimately, when you can buy jeans in Lidl for £5.99 it is clear that there is significant downward pressure on wages.

“The problem with codes of conduct is that they are effectively about self-policing by the industry – that is those who gain most from the low-cost model are actually also in charge of monitoring it. It is generally problematic to target individual brands as nearly all are on the downward spiral.”

Brands with such monumental operations will inevitably seek to keep manufacturing costs as low as possible. This means using countries with cheap labour costs, with some retailers having hundreds of factories across the world, monitoring them diligently becomes a problem.

“Each brand ends up with their own code of conduct, some factories sell to many brands so factories end up with multiple codes, which can be contradictory.”

“As this week has demonstrated, there are examples of retailers and manufacturers encountering difficulties in adequately monitoring their supply chain and I fear these this isn‘t an isolated incident,” HRC Law’s retail specialist Richard Life said.

“That said, standards are increasing across the board and social media is forcing greater supply chain transparency than ever before.

“The introduction of the Modern Slavery Act is also, quite rightly, placing this firmly on the agenda of retailers.

There are of course measures in place to attempt to stop factories like this being used, and encourage them to improve their working practices.

However, these are often “piecemeal”, according to Donaghey: “Each brand ends up with their own code of conduct, some factories sell to many brands so factories end up with multiple codes, which can be contradictory.

“For there to be a difference, the response needs to be collective in nature. By having a collective approach it takes cost out of the equation and means that brands can utilise economies of scale by having multiple brands involved in joint initiatives.

Despite a notable improvement in overall working conditions, and investigative journalism such as  Panoramaworking to expose those factories exploiting workers, many big brands continue to get caught out.

With such largescale operations, complex codes of conduct and often under-governed states providing the labour for retailers, there are significant hurdles in place for them to enact universally comprehensive codes of conduct. Many would argue though, that they are still held responsible.

“Ignorance is no defence. In a situation such as Turkey, which is on the edge of an armed conflict with Syria, and where it is well-known that there are many refugees there, it creates a higher expectation that a company should act,” British Institute of International & Comparative Law director Robert McCorquodale said.

“The same is true of many countries, where there may be conflict, lack of a rule of law or limited governance, in which case a company should take increased measures to ensure that their suppliers are acting consistently with human rights.

“The law is certainly developing to the stage that these UK companies might be held to be legally liable in some instances.” 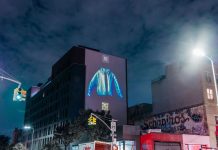