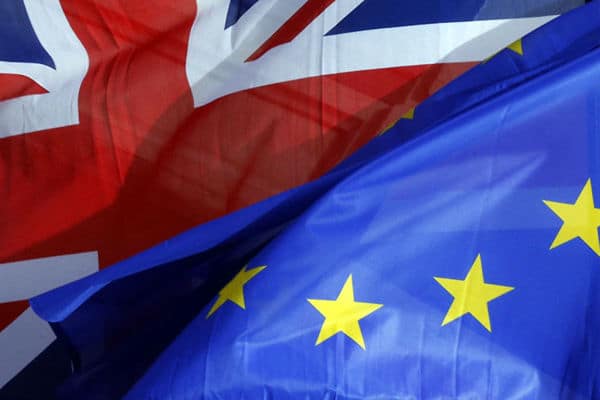 Last month London-based law firm Olswang launched #designadvocates, a campaign aimed at raising awareness on the potentially catastrophic effects leaving the EU could have on businesses launching products in the UK.

With London Fashion Week seeing more designs being presented than ever this year, what effect will this really have on the UK‘s retail industry?

Any designs which are presented first in the UK are often protected by four laws. If a design is registered within 12 months of launch, it is protected by EU registered rights, stopping anyone from replicating the design across all 28 member states of Europe.

“They fear that, if the EU unregistered protection no longer exists for UK designers, such designers may launch designs in alternative EU locations to secure such protection.”

If a design is not registered though, the design is protected for three years across Europe, a law which is significant in the fast-changing fashion industry.

Despite Brexit negotiations still being pure conjecture, the change in law alone is enough to cause damage to the industry.

“Leaving the EU will undoubtedly have a significant effect on UK businesses launching products in the UK. Such products will face customs hurdles when they are exported from the UK to the EU and are likely to face tariffs,” Keystone Law intellectual property expert Lucy Harrold said.

“They will also face significant non-tariff barriers such as potentially needing to file separate UK and Community design protection, to negotiate different licensing terms with distributors operating in the EU and potentially to deal with two regimes of laws and regulations relating to, for example, product safety or packaging.

“This will all have a hugely significant impact on UK businesses wishing to trade with the EU.  For at least two years and possibly closer to 10 years, UK businesses will also face considerable uncertainty as to how the UK will develop its own IP laws and regulations.”

Looking ahead is one thing, but thousands of businesses with existing designs will now have to reconsider the rights they have in place.

“For existing community registered designs these will cease to cover the UK once it leaves the EU unless the UK government puts in place some continued protection in the UK,” Harrold added.

“It will also mean that if the design is copied in, say France and the UK, separate proceedings may well be needed in both countries whereas at present it is increasingly possible to seek a pan-European injunction from the UK Courts.

“ACID is lobbying the government to keep (three-year automatic protection) in UK law and even to perhaps increase the term of protection to 10-15 years. They fear that if the EU unregistered protection no longer exists for UK designers, such designers may launch designs in alternative EU locations to secure such protection.”

Despite this causing a significant shakeup in the industry, some believe that it could represent an opportunity to restructure the law, leaving us in a better position than pre-Brexit.

Patrick Cantell, the head of intellectual property at law firm Bond Dickinson, who is also on a board advising which laws we should maintain following Brexit, has a more optimistic outlook.

“Businesses will only be affected in so far as they need to plan for it,” he said.

“I think people come to the UK because it is a haven for design and creativity. Hopefully that will persist beyond Brexit.”

Cantrell suggests there is potential to use this opportunity to rethink the law and create a “hybrid” which incorporates the best aspects of both UK and EU design laws.

“The real question is what design laws does the UK want post Brexit. There is an opportunity, the UK could create its own hybrid design laws,” he said.

“Maybe it has given us an opportunity to meld the good points of each together and create a hybrid law.”

Despite this optimistic approach, there are still significant hurdles in place before positive changes can be made.

“The UK legal landscape in areas of law (such as IP) that have been heavily influenced by EU law, cannot simply be rolled back to the approach of English law makers and judges in 1972,” Harrold said.

“How those, as yet, unformulated principles and the resultant laws and regulations, will impact on UK businesses trying to operate across the EU, is an enormously important question with no clear answer.

“What is certain, is that UK businesses are now entering a period of considerable uncertainty.”