Sales at McArthurGlen jumped to â‚¬4 billion (£3.4 billion) in its latest financial year, a record for the outlet shopping centre owner.

Total sales at brand partner stores in the company‘s 22 designer outlet centres in Europe and Canada were up by 13 per cent year-on-year, while like-for-like sales across rose by 10 per cent.

The group is regarded as Europe‘s biggest owner, developer and manager of designer outlet centres, with a 23rd centre set to open in Provence in the south of France.

In the UK, where its headquarters are based in London, McArthurGlen operates six outlet centres, including the Ashford Designer Outlet in Kent which is currently being expanded.

“Our newly acquired centre in Ochtrup [north-west Germany] performed exceptionally well. We are 75 per cent leased in Provence, our first south of France designer outlet, and we have also just seen record weekend footfall at our flagship designer outlet Serravalle, near Milan.” 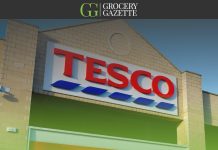 Tesco profits predicted to hit £2.75bn as it faces pressure to drop prices