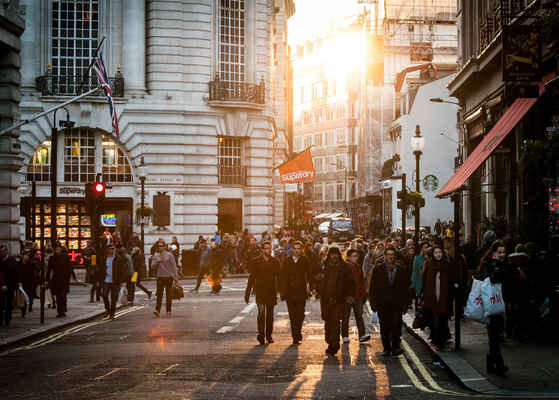 Retail sales have grown at their strongest annual rate since 2002, as October‘s numbers skyrocket.

The Office of National Statistics has released figures showing that last month saw the fastest year on year growth in over a decade, with Halloween and winter temperatures boosting sales.

Sales volumes were up 7.4 per cent compared to last year and all store types showed healthy growth. Compared to the previous month, sales rose by 1.9 per cent and all stores types bar department stores showed growth.

Contribution from the 4 main sectors for every pound spent in the retail industry, ONS

In terms of quarterly growth, this is the 34th consecutive rise in sales despite growing anxiety around inflation and Brexit woes.

Compared to October 2015, the amount spent in retailers rose by 6.6% and increased by 2.1% compared with September.

Average prices in stores has fallen once again by 0.7 per cent, although this is the smallest decrease since July 2014, showing the upward pressure on inflation coming mostly from transport costs, as the price of petrol rises.

Online sales performed well once again, showing a 26.8 per cent rise in sales compare with last year, and a 1.3 per cent rise from September.

On average retail spend in the UK was £7.7 billion, up from £7.2 billion last year and last month.

“Cooler temperatures in October boosted clothing sales as shoppers took their cue to purchase winter clothing, while the supermarkets benefited from Halloween.

“This has also coincided with the strongest growth in internet sales seen for five years.”

“It suggests consumer spending started the fourth quarter with considerable momentum and this could carry through into the critical Christmas period.

“But we do expect some slowdown next year as the labour market cools down and rising import prices squeeze the real spending power of shoppers.”