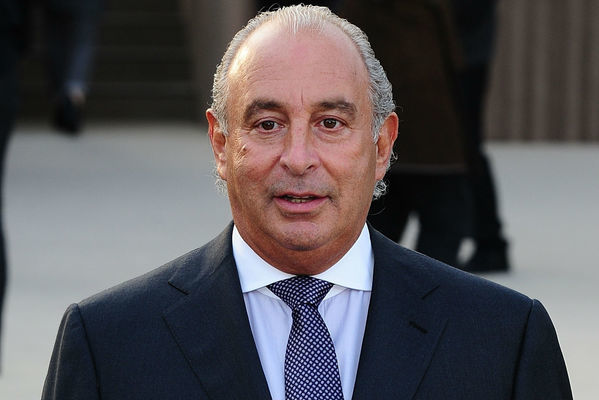 Sir Philip Green has demanded that former BHS owner Dominic Chappell must contribute to the failed retailer’s pensions deficit if a rescue deal is to be struck.

Sources close to the negotiations told The Guardian that in order for Green to make good on his promise to “sort” the £571 million pensions deficit left by BHS, he has said the Pensions Regulator must force Chappell or his company Retail Acquisitions to contribute.

Green has come under mounting pressure to put in money from his own pocket to plug the pension hole, which still affects the pensions of 22,000 ex-BHS staff members. Having promised to do so before a parliamentary committee in June, the billionaire has been dragging his heels ever since.

Despite reportedly offering £250 million to the scheme, the Pensions Regulator refused the offer stating it needed at least £350 million from Green to cover the costs. Following the sluggish progress the regulator began legal proceedings to force Green to pay what was needed.

Reports have now emerged that Green is in negotiations with the regulator to also force Chappell to pay up £17 million, despite his personal £500,000 tax woes.

It is thought that during his ownership of BHS Green pocketed at least £580 million from the retailer, Chappell is thought to have “plundered” £25 million during his 13 month ownership.

Last week The Work and Pensions Committee chairman Frank Field urged Westminster to introduce a “nuclear deterrent” to ensure companies or business leaders are held accountable when it comes to their responsibilities to pension schemes. This would see Green face a historic £1bn fine.

READ MORE: Sir Philip Green could be forced to pay £1bn to BHS pensions if government has its way

Chappell told the Guardian that BHS was damaged by the Pension Regulator’s investigation into pension scheme shortly after its sale, stating this prevented his company from hiring a top chief executive.

He said: “A big notice to them, why don‘t they look themselves in the mirror and look at how they behaved through the whole process?.”

A spokesperson for the Pensions Regulator said that they have issued a warning notice laying out evidence for needed to force those responsible to pay up, stating “The warning notice is an important milestone in our work to obtain redress for the thousands of members of the BHS schemes who have been placed in this position through no fault of their own.

“Those who have received the warning notices now have the right to make representations to us, which we will consider and respond.

“We remain in discussion with Sir Philip‘s advisers. Any settlement offer we accept has to be robust enough to stand the test of time and mean that members and the PPF are not left in a worse position further down the road.”