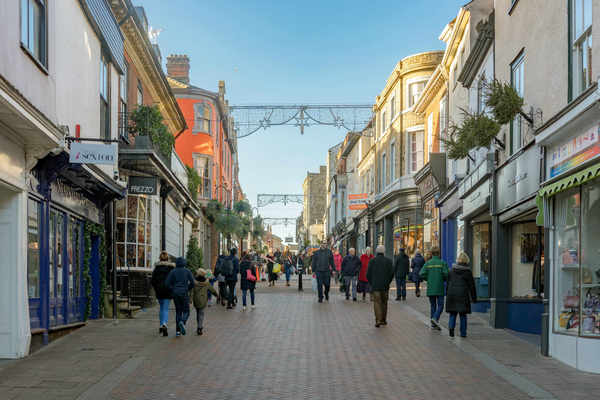 Last-minute Christmas shoppers helped the high street experience a positive growth in footfall for the first time since 2011.

However, according to the latest Footfall and Vacancies Monitor by the British Retail Consortium (BRC) and Springboard, overall footfall in December was 0.2 per cent down on a year ago – making it the fourth consecutive month of decline but not as bad as the 2.2 per cent drop in December 2015.

Of the locations, retail parks and shopping centres were not as lucky as the high street during the footfall monitor‘s five-week period to December 31.

“It was a more positive story for the high street, which saw a modest bounceback.”

“The month began just after Black Friday, which is now generating a similar level of in-store spend to Boxing Day, and so is clearly bringing forward shopping that in the past took place during December,” she said.

“This together with the fact that Christmas Day fell at the end of the fourth trading week meant that shoppers deferred purchases in order to snap up any additional discounts – demonstrated by the fact that footfall remained virtually flat until the third week of the month.”

Wehrle added that the positive footfall growth on the high street suggested that “the supposition of the death of the high street has been greatly exaggerated”, but Dickinson said online retail continued to “grab the lion‘s share of growth” in the sector.

“Ecommerce accounted for nearly a quarter of all purchases in December, suggesting that more shoppers than ever opted to go online rather than hit the shops,” Dickinson said.

“Retailers are having to gear themselves up to meet the evolution in shoppers‘ requirements from bricks and mortar destinations.

“This will be key looking ahead, with inflation set to rise and a subsequent squeeze on disposable income; the environment for consumer spending will become increasingly competitive.”