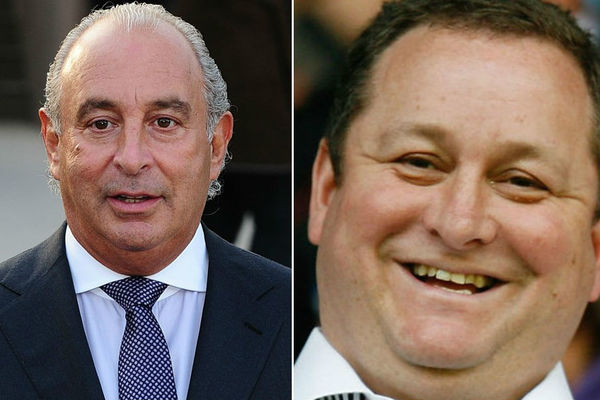 This will come as welcome good news for the pair of billionaires who are both experiencing tirades of public backlash and financial disasters. Green is being hounded by MPs and regulators alike for £350 million, which Green has promised to pay to “sort” the £571 million BHS pensions deficit.

Green, who owns a 25 per cent stake in the company, sees returns from MySale selling excess stock from brands the billionaire owns, including Dorothy Perkins and Wallis.

Ashley, who also owns a 4.8 per cent stake in the company, benefits from around 150,000 Sports Direct sales through MySale a year, expanding the retailer‘s presence in Australia and New Zealand.

Mysale is now said to be focusing on its UK presence with its Cocosa website, selling more premium items than its Australian incarnation.