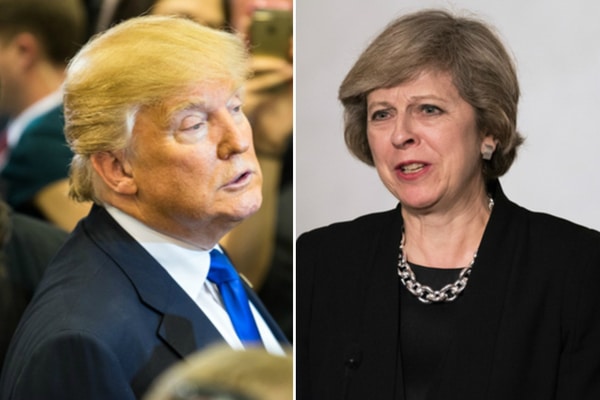 In a matter of days, new US President Donald Trump has already begun a seismic shift in global socioeconomics.

Over in the UK, with Brexit looking more and more likely to be not just hard but rock solid, the country’s relationship with the US is becoming increasingly important for retailers.

Later this week Prime Minister Theresa May will meet with Trump to discuss a new trade deal between the US and the UK, and build upon the “special relationship” of which the preceding administration was not so keen.

This new trade agreement could potentially see a slash or even removal of tariffs on goods between the two countries. As tariffs on raw materials and products from the EU are thrown into complete uncertainty, this could represent a significant shift in trade within the retail sector.

“With most retailers still basing this decision on either lowest cost of goods ex-factory, or on lowest landed cost of goods, including freight and duty/tariffs, sourcing tends to favour the Far East over Europe or the UK.

READ MORE:  What does Donald Trump mean for the UK retail sector?

“It is therefore unlikely that free trade deals between the US and UK will result in wholesale transfer of product sourcing to the US. This is mainly because raw material costs and labour rates in Asia will continue to favour Far East sourcing.

“However, if US manufacturers can demonstrate innovation in reducing design to shelf lead times, increasing supply chain responsiveness or lowering Minimum Order Quantity‘s (MOQs), in addition to potential reductions in the duty tariffs associated with free trade, then this may be sufficient for some UK retailers to re-assess their current sourcing plans and to start to consider US alternatives.”

Manufacturing is just a small part of what could change in this trade agreement. As employment solicitor and US attorney Malcolm Mason pointed out: “Trade agreements aren‘t purely dealing with the issue of trade per se, they have to deal with ancillary issues like the movement of people.”

“At the moment for an SME to set up business in the US, is quite burdensome,” he added.

“If the free trade agreement barriers are lowered, or removed hopefully in some instances, that‘s going to make it much easier for small British businesses to say ‘well let‘s have a go at setting up in the US‘.

“Trade agreements aren‘t purely dealing with the issue of trade per se, they have to deal with ancillary issues like the movement of people.”

“I think that if the trade agreement does reduce or remove tariffs that will open it up surely not just to companies in the service industries who are really just exporting their people and their knowhow, but in retail this will help an awful lot in terms of tariffs on the goods.”

An important aspect of the shifts in trade agreements between countries, is that of foreign employees. As the BRC stated in an open letter to the government last year, EU workers provide “an essential reservoir of skilled, semi-skilled and unskilled labour”.

However, with employers’ reluctance to hire staff from the EU due to their uncertain futures in the UK, this new agreement could offer an answer.

“One would expect with a trade deal like this that, the issue of how you get your people over there and set up the business has to be taken into account,” Mason said.

Despite this, Mason doesn‘t think US workers could fill the hole left by EU workers should their employment rights in the UK be jeopardised.

“I don‘t think it‘s going to be top to bottom, if you‘re in the US and opening in London, you might want to send your manager over who knows your business, but I can‘t imagine you‘re going to want to bring over your general retail workers,” he said.

“What we‘re talking about in terms of relaxing the immigration laws has got to be at the management level.

“I don‘t think there is going to be a ‘freedom of movement‘ between the US and the UK, that‘s not what we‘re talking about here. They‘re not talking about a US UK single market, it‘s a trade agreement. Economically I don‘t see that would make any sense.”