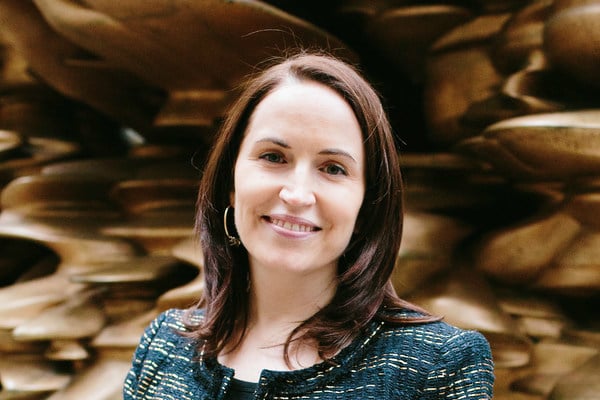 Social media is playing an increasingly significant role in the world of retail.

Take London Fashion Week, for example. Once an invitation-only affair, it has now transformed into a global event which fashionistas can experience from their own bedrooms.

More importantly, it allows them to seamlessly follow what intrigues them from the show to the retailer‘s website, and eventually to the checkout page.

Conversions are huge business in every field of retail, and social media holds the potential to dramatically boost a retailer‘s numbers.

Someone who understands this better than most is Adele Cooper, UK & Ireland Country Manager at Pinterest, widely regarded as the most effective social traffic driver for retailers.

“The growth has been significant, at the moment we have 150 million monthly active users globally,” Cooper told the Retail Gazette.

“The UK market has grown by over 50 per cent in the last year. What makes the platform attractive for marketers and retailers in particular, is that people are on there  planning and looking for inspiration, you can reach people at the very earliest stage of planning a purchase.

“You‘ll get them when they‘re initially looking for ideas. You can see them moving down through that process.

“People are generally looking in specific areas or interests, maybe a style they like, they‘re then going on to purchase.”

“Pinterest is very much future planning. It‘s the trip I am going to go on, it‘s what I‘m going to buy. It‘s a very personal platform.”

Pinterest stands apart from other social media platforms in many ways. Its focus is on collecting ideas, much like mood boards, for helping people research and “design their life”.

It is precisely these differences that make it a useful tool for retailers to utilise, as users are actively searching for ideas on a purchase they want to make. It is down to retailers to present it to them

“On Pinterest you‘re actually using it to get content ideas and inspiration on projects or things you want to buy.

“Seventy-five per cent of the content on Pinterest comes from businesses and brands. There very very little user generated content on the platform. The consumer is on there with the mindset they want to buy or do something.

“The ads and branded content on the platform fit seamlessly into the rest, so it‘s not intrusive.

“Another big difference is, if you take Facebook again your posts are more likely to be a dinner you had or things you have done.

“Twitter is very much the current tense, its what‘s going on now. Pinterest is very much future planning. It‘s the trip I am going to go on, it‘s what I‘m going to buy.

“It‘s a very personal platform. When people go on social networks like Facebook or twitter, they‘re sending out a message for people to see or hear.

“But when you‘re on Pinterest you‘re very much planning for yourself.”

This sense of personality is another key factor which sets Pinterest apart from its alternatives. Users can gain a better sense of the retailer‘s personality than on other platforms where adverts are more intrusive.

To achieve this, Pinterest works closely alongside its retail partners to develop images and campaigns which are tailored to the platform. Big names like Tesco and B&Q have launched bespoke campaigns, and various fashion retailers launch their products on Pinterest alongside their London Fashion Week show.

To do this they use Promoted Pins, a feature launched just last year in the UK and earlier this week in Australia and Ireland. This allows retailers to place pictures which are essentially stylised direct adverts for products, in what is reminiscent of a giant online catalogue.

“People do see organic traffic from Pinterest, but without question Promoted Pins have made the biggest difference because it allows the retailer to be able to pick the content that gets seen by a lot of people,” Cooper said.

“They find they get inspiration from Pinterest themselves and they start seeing what content people are engaging with.”

“What we‘re noticing is retailers are becoming more and more savvy about starting out with a promoted pin that has broad reach, just trying to reach a lot of people.

“They then identify which consumers engage with the pin, they save it or they do a close up and perhaps go through to their website.

“If they don‘t see those people going on to buy immediately what they can do it retarget them with a different message, on the topics or content that they‘re interested in.

“We‘re seeing retailers become a lot savvier about driving that general interest and engagement and then following up to take that consumer further down the funnels of purchase.”

However, it does not simply serve as a platform for streamlining conversions. What‘s most important about Pinterest is that it is where trends are made.

Retailers themselves come to the platform to understand what styles and items are generating the most attention. In such a rich picture-orientated format, it is an ideal fit for Pinterest.

“We hear two things typically. One is that content seems to fit much more naturally on the platform so it‘s easier for them to figure out how to show their content on Pinterest because it fits so well,” Cooper said.

“The second is that they find they get inspiration from Pinterest themselves and they start seeing what content people are engaging with and saving.