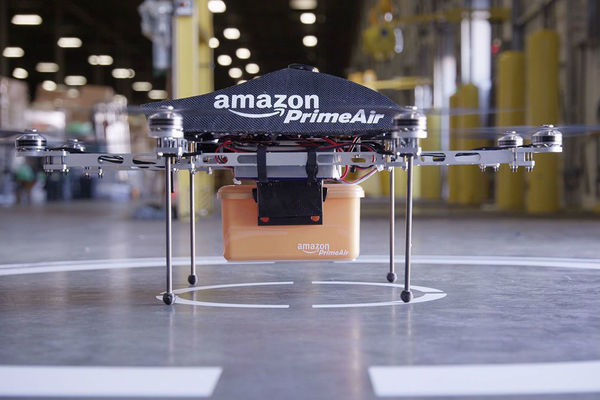 Amazon has filed a patent for its drones to deliver online purchases with the aid of parachutes.

This means Amazon‘s drones would be able deliver goods without needing to land on properties, thanks to the help of parachutes slowing the descent of parcels and keeping the items intact.

There is also a second aspect of the patent to ensure the parcels are delivered properly and safe from strong gusts of winds – via the remote deployment of a number of methods, such as bursts of compressed air to sticking out flaps to ensure its descent is done safely and stays on course.

The patent also aims to ensure that the package can be dropped in motion without continuing the same trajectory as the unmanned aerial vehicle (UAV).

“A package delivery system can be implemented to forcefully propel a package from a UAV, while the UAV is in motion,” the patent reads.

“The package delivery system can apply the force on to the package in a number of different ways.

“For example, pneumatic actuators, electromagnets, spring coils and parachutes can generate the force that establishes the vertical descent path of the package.”