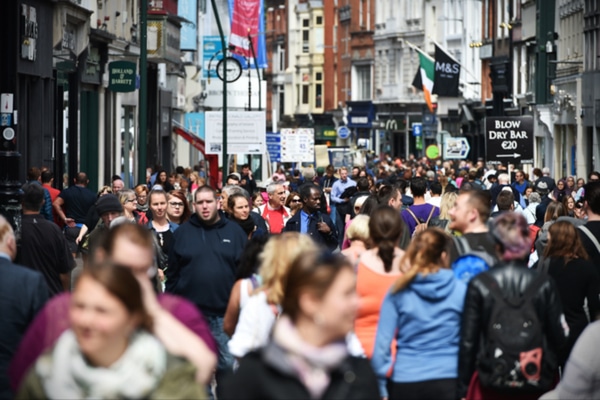 Retail analysts have warned that the 1.3 per cent dip in footfall across the UK last month may be a sign of tougher things to come in 2017.

According to the latest BRC-Springboard Footfall and Vacancies Monitor, last month‘s year-on-year footfall decline was steeper than December‘s 0.2 per cent drop and the worst since the 2.8 per fall recorded in June – when footfall was impacted in the preceding weeks and in the immediate aftermath of the EU referendum.

Shopping centres were the worst-hit after experiencing a fall in footfall for the 12th consecutive month – a further deceleration on the 1.9 per cent fall in December and below the three-month average decline of 2.4 per cent.

The high street fared a bit better although still sluggish, with footfall dropping by 0.8 per cent in January on the year before when it had gone up by 0.2 per cent.

Meanwhile, footfall in retail park locations fell year-on-year for the third consecutive month. In January 2016 footfall grew 5.2 per cent in retail parks, making it a tough comparable to grow upon.

The figures released today paint a different picture to Ipsos Retail Performance’s Retail Traffic Index released last week, which indicated that bricks-and-mortar destinations  started 2017 on a positive note after a relatively small fall drop in footfall of  “just” 1.4 per cent last month compared to January 2016, and after December‘s 9.3 per cent drop year-on-year.

Springboard insights director Diane Wehrle said the latest Footfall and Vacancies Monitor was “consistent” with the trend of underperforming of shopping centres against high streets and retail parks, but warned 2017 could be a tough one for retailers.

“Of significance is that footfall is correlating closely with retail sales, with all sales results published so far showing a poorer performance in January than in January 2016,” she said.

“Springboard’s own data on bricks and mortar sales showed a 1.5 per cent drop in January from January 2015.”

“January‘s sluggish non-food sales, which undoubtedly corresponded with the dip in footfall below last year, go some way to explaining these underwhelming figures,” she said.

“Stores bore the brunt of the sales slowdown; posting their deepest three-month decline on record as online was the preferred shopping channel for the month‘s clearance sales.”

The Footfall and Vacancies Monitor also indicated that the national town centre vacancy rate stood at 9.4 per cent last month, down from 9.5 per cent in October and the lowest rate since January 2016, when it stood at 8.7 per cent.

Dickinson said London was the strongest of the regions, with the proportion of empty shops falling from 9.5 to 8.4 per cent over the three months to January.

“However, in some parts of the country the number of empty shops remains worryingly high and act merely as a blot on landscape of local communities,” she said.

“And while the overall the rate has tended to remain around nine to 10 per cent since July 2015, the variation between successful and vulnerable locations grows ever wider.”

Dickinson said the incentive for retailers to innovate and invest in bricks-and-mortar spaces to create more engaging experiences for consumers was being curtailed by “upward only trajectory” business rates.

“This disincentive needs to be removed and the burden reduced thereby encouraging, rather than deterring, investment to the benefit of those local communities most impacted,” she said.