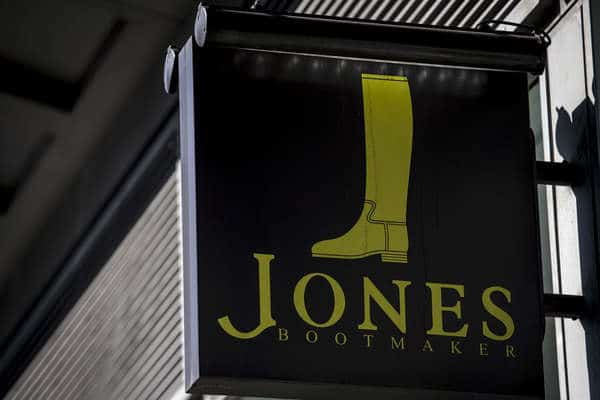 Jones Bootmaker is poised to call in administrators today, as a rescue deal with a private equity firm has fallen through.

The shoe retailer, which employs 1145 people in around 100 UK stores, is expected to enter administration the same week rival footwear retailer Brantano — also owned by Alteri investors — fell to the same fate.

Between the two high street chains, 2245 jobs have now been put at risk.

According to The Guardian, a deal which would have seen equity firm Endless take control of Jones Bootmaker fell through just hours before completion, as Alteri pushed for £1 million more than the £10 million offering price.

York-based footwear company Pavers was thought to be interested in buying up some of the failed retailer‘s stores, but the deal is reportedly in its early stages.

Potential buyers have been circling Jones Bootmaker for several weeks, including Kurt Geiger.

However, due to increasing pressure faced by specialist footwear retailers a viable buyer has not yet been found.

Alteri has a reputation for buying struggling brands with hopes to turn them around, although this is not the first example of them falling into administration.

The company increased its control of Austin Reed‘s debts last year, shortly before it declined into administration.