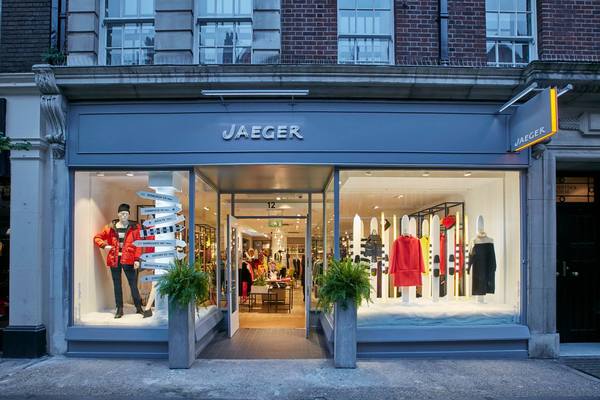 The owner of Edinburgh Woollen Mill has secured pole position in the race to acquire struggling fashion retailer Jaeger.

The group owned by billionaire Philip Day, which also rescued Austin Reed, Peacocks and Jane Norman from administration, is now understood to be the favourite in the bidding war.

Day‘s competitors include Jaeger‘s ex-owner Harold Tillman who was revealed to be considering another second rescue effort recently, having teamed up with M&S‘s Belinda Earl to reinvigorate its trading after it was sold to Tillman‘s predecessor for just £1.

Sports Direct‘s owner Mike Ashley is also thought to be involved, marking his latest in a string of investment bids in recent months.

“Edinburgh Woollen Mill has a history of buying troubled retailers and turning them around, and it’s one of the more credible bidders for Jaeger,” one source told the Press Association.

It has valued Jaeger at £30 million, reducing this significantly after a failed attempt to sell it at £40 million. Last year the retailer posted a pretax loss of £5.4 million.