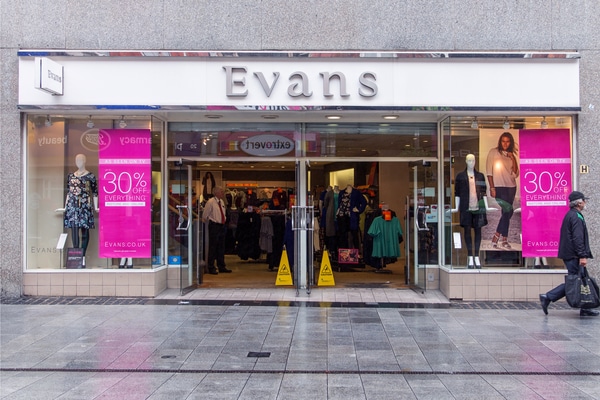 Arcadia Group has suffered another loss in senior management with reports emerging the managing director of its Evans retail chain has resigned.

A spokesman for Arcadia, the retail empire owned by Sir Philip Green, told Drapers that Fiona Ross has decided to step down as the boss of the plus-size womenswear chain to seek a new challenge.

Ross – who has been with Arcadia for more than 30 years – is believed to have resigned on good terms, with the spokesman adding that the company “wished her well”.

She will be replaced by Anne Secunda, who heads up Wallis – another Arcadia retail chain. Secunda will also hold a dual managing director for both Willis and Evans.

Last week, long-time Topshop managing director Mary Homer announced she would be leaving her position to become the new chief executive of The White Company.

Homer has been managing director of Arcadia’s biggest high street brand for 11 years, working her way up to the role after starting off as a Topshop merchandiser in 1987. She helped expand Topshop globally to 620 shops across 35 countries.

Green has also been embroiled in the collapse of BHS, which he owned for 15 years up until 2015, and the ensuring pensions deficit scandal.