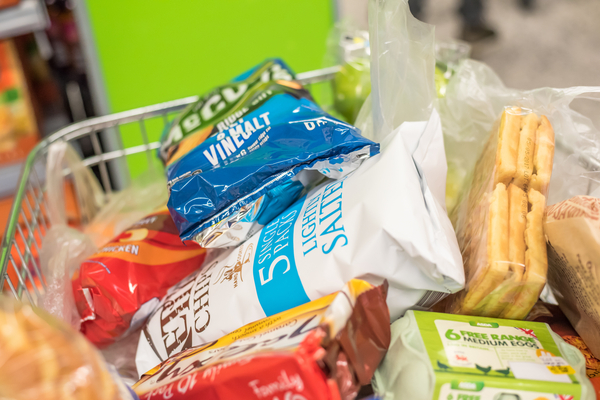 UK shop prices are coming under increasing pressure from global commodity costs, as deflation slowed to the lowest point in over three years.

Meanwhile, food inflation increased to one per cent last month, up from a 0.8 per cent decline in January, marking the sharpest rise since February 2014.

Fresh food saw inflation hit 0.9 per cent, up from a 0.1 per cent in February, alongside ambient food accelerating to 1.3 per cent, from 0.8 a month earlier.

Despite this, BRC chief executive Helen Dickinson said in light of the global price rises that this was an “impressive” figure.

“Global food commodity costs have risen by 17 per cent on average over last year‘s figures, building substantial pressure in the food supply chain,” she said.

“Although UK food shop prices are seeing their steepest rise this month for over two years, the increase is still only one per cent, reflecting the continuing intense competition between retailers.

“The limited increase is even more impressive, given the magnitude of the devaluation in sterling.”

“Customers have now had the benefit of four years of non-food price deflation which increased to a two percent fall in prices year on year in March,” Dickinson said.

“Looking across both food and non-food, shop prices in total have been falling for 47 consecutive months.

“Other factors outside of retail shop prices continue to be the main drivers of CPI rising faster than expected, for the moment at least. The squeeze on household disposable incomes will tighten as the year progresses.

“Looking ahead, ensuring the continuation of value for consumers through tariff-free trade must be at the heart of plans for a smart Brexit.”