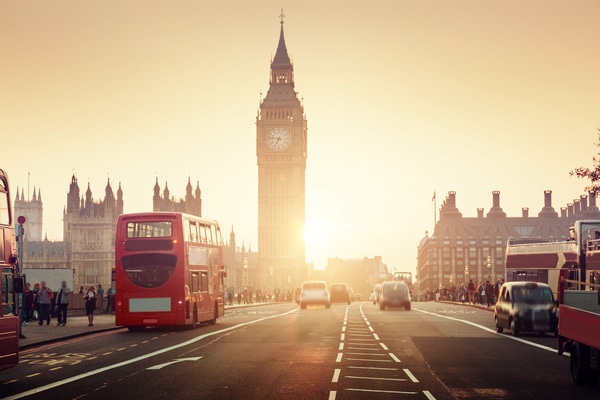 “Building a vibrant 24-hour city is crucial for London to remain a cultural and economic powerhouse… we have stiff competition from other world cities like Paris, Berlin, Amsterdam, Tokyo and New York and I want to make sure London is on the front foot by planning for life at night in the same way the city does for the day.”

The Mayor of London Sadiq Khan recently laid out his plans to transform the city into a 24-hour powerhouse. His aim is to expand the nightlife far beyond the city’s pubs and clubs that open into the small hours.

He said it was “about everything from museums and theatres opening later” and more importantly, “being able to do your weekly shop after an evening shift”.

Arguably, retail more than most sectors, has already succeeded in expanding into the night time economy. The advent of online shopping and the dramatic improvements in delivery operations mean there are seldom few restrictions left on when we can shop, enabling a notoriously busy city to fit retail around its hectic schedule.

“Online, there is no doubt consumers are shopping later and bedtime buyers have huge purchasing power,” Paddy Earnshaw, the chief customer officer at delivery company Doddle, told the Retail Gazette.

“KPMG research supports our own anecdotal feedback from retail partners that the peak time for online shopping is between 6-9pm with 29 per cent of online purchases made during this time and a further 11 per cent of consumers buying between 9pm-midnight.”

“Naturally, nobody wants to wait for their purchases and retailers have had to shrink their supply chain operations in order to accommodate this change in consumer behaviour.

“New Look has been very proactive in this area and we‘ve worked closely with them to provide customers with a 10pm ordering cut-off for next day delivery to Doddle,” Earnshaw added.

“Asos has also recently pushed its ordering cut off an hour later to 7pm and most of our other retail partners sit somewhere in between these timeslots.”

However, Khan‘s vision for London involves far more than its citizens receiving deliveries as and when they want them.

For a true 24-hour city, this ethos needs to be transferred from the digital world into the physical.

Many grocers have taken to opening their shops for 24 hours in the last decade, and opening hours across the city are consistently being stretched.

Not only do many retailers in the heart of London stay open until 9pm, but retail lobby groups including the New West End Company have pushed hard to extend Sunday trading hours, which currently limit shops over 3000sq ft from opening for more than six hours.

HSBC head of retail and leisure James Sawley believes that by not extending hours retailers are missing opportunities to significantly boost revenues.

“This could create substantial opportunities for the night time economy which is a strong, prominent industry for the UK,” he told the Retail Gazette.

“Although retailers are a markedly small part of this economy at present, a confident convergence of retailers and leisure could change this and open up new, lucrative commercial successes.

“Stores may no longer look to close promptly at 9pm, but instead capitalise by offering a rounded or blended retailer and leisure experience; eating options, in-house bars, beauty services, social spaces.

“It‘s also worth remembering that there is ample evidence of this approach reaping rewards for the day time economy, so to a large extent it is not entirely new ground for retailers,” Sawley added.

“The easiest way to consider whether a 24 hour London would benefit retailers is to the strip it down to the fundamental costs which dominate the P&Ls of the capital‘s retailers.

“The two most prominent of these are of course wages and rents. As such, any extension to trading hours would need to offset these two primary costs and empower retailers to take advantage of a 24-7 economy.

“The two key potential costs of wages and higher rents will naturally be front of mind for retailers, but many may see the opportunities afforded by being open for longer. If potential revenue outstrips potential costs, then it‘s a no-brainer.”

The founder and chief executive of delivery startup Dropit, which allows shoppers in the West End to drop off unlimited bags of shopping to be delivered to their door, said longer opening hours could actually damage London‘s economy.

“London, as a destination, has so many wonderful things to offer and a typical tourist who is coming to the city for the weekend has many things on his agenda,” Karin Cabili said.

“Absolutely shopping is one of them, as the range of stores we have here are second to none, but I believe in most cases, shopping is just part of the adventure here and the retail industry should reflect how the modern customer shops.

“So in my view, shopping later could have a very negative impact on the other tourist attractions here in London – attractions that reflect the history, quirks and traditions of our great city,” Cabili added.

“It would also undoubtedly have a negative impact on the in-store staff and their shifts –   you have to question by staying open later, what other costs would the retailers have to bare and would the level of customer service meet the expectations of today‘s discerning shopper?”