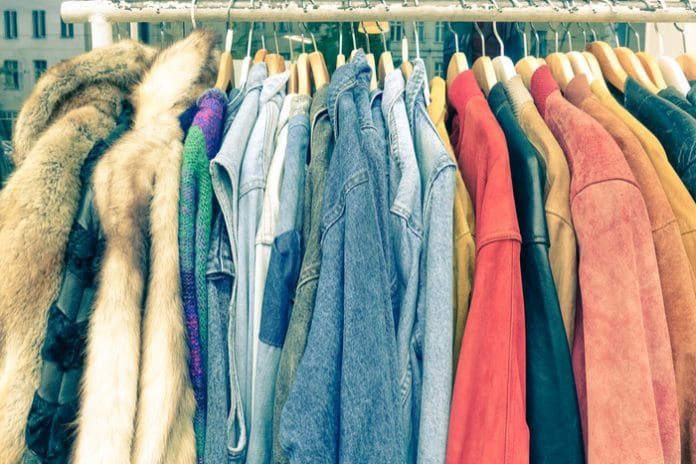 “The fact that Next can make more profit than the average charity shop but without all their benefits, should shame charity shops and put their inefficiencies into context.”

Telling charity shops they should be ashamed of themselves is quite a statement, but Gina Miller has a point. Before she made headlines taking Brexit to court, Miller took on charity shops for being barely profitable.

Despite laying out the industry‘s wealth of inefficiencies in a Telegraph interview, Miller did not elaborate on why they now number in the tens of thousands in the UK and continue to post sales growth.

In fact, the second-hand market accounts for around 14 per cent of London‘s retail establishments, and sales volumes across the industry grew over five per cent last year.

Although the sector saw a boom during the last financial crisis, the industry has seen a steady 0.6 per cent growth since 2013, according to Ibis World.

“Consumers have generally grown to be more accepting of pre-owned”

As the meteoric rise of discount retailers has proven, the previous financial crash and the advent of internet retailing has produced a generation of “savvy shoppers” who relish the opportunity to grab a bargain.

“Over the years we have been in business, consumers have generally grown to be more accepting of pre-owned.

“With online shopping giving a plethora of options, consumers are also far more savvy to the fact there are significant savings to be made.”

Unlike discount retail, the second-hand market benefits from shoppers knowing what the item was once worth. For many shoppers, including McKenzie, this is a key factor in the allure of the goods.

“From a young age, I was an aspirational individual with an interest in quality, well made products that were aesthetically pleasing,” he told the Retail Gazette.

“Similar to most people, growing up I couldn‘t afford to buy the latest watch. I found I could often pick up pre-owned luxury items from clothing to cars online at a fraction of the cost compared to brand new.

“I realised that selling brand new items was never really an option as, similar to the used car market, luxury watches typically depreciate up to 70 per cent in value once worn.

“They then often stabilise and some even increase in value depending on condition, provenance, age, et cetera.”

What entrepreneurs like McKenzie have developed is a second-hand market that no longer feels second-hand. By offering the same shopping experience as traditional high street retailers, rather than pawn shops, the only difference for customers is the price.

“In the future you‘ll see more and more businesses like ours take this journey in reverse, establishing themselves online first and then using retail for brand awareness”

“With our in-house watch servicing centre, refund policy, 24-month warranty and most of all, the luxury ‘like-new‘ experience, our audience has significantly grown,” McKenzie explained.

This is not limited to the luxury goods sector where the resale value of goods encourages immaculate selling practices. High street chains like technology retailer CEX and Game sell video games, which a matter of months ago fetched upwards of £45, for a few pounds.

Depreciation and the “bargain buzz” have driven the demand for second hand goods, but it is the platforms which came to prominence over the last decade which have allowed it to flourish.

“Online is really key to our business and the future of the luxury and pre-owned markets,” said McKenzie, who started his business through Ebay.

“Iin the future you‘ll see more and more businesses like ours take this journey in reverse, establishing themselves online first and then using retail for brand awareness.”

Big Brother is watching: Why retailers probably recognise your face

High street retailers like Game and Urban Outfitters are increasingly incorporating second hand offerings into their retail operations, both having dedicated second-hand areas. But it is platforms like this that have allowed the same generation of savvy shoppers molded from the last financial crisis to compete with the high street.

Gumtree is perhaps the best known second-hand ecommerce retail platform outside of Ebay, averaging 16.4 million UK users each month and over one million listings per week.

Like Ebay, Gumtree has provided a means for entrepreneurs to enter the pre-owned market, and it is now attempting to further boost its offering for small businesses.

“A small percentage of our 23.2 million registered sellers have pro accounts and Gumtree is a powerful sales tool for businesses,”  Gumtree head of marketing Hannah Wilson told the Retail Gazette.

“We recently rolled out a dedicated new offering – Gumtree for Business – giving better user experience than ever before.

“Businesses using Gumtree are reaping the benefits, for example in late 2016 we announced an update to our motors category.

“Since launching the new packages, Gumtree is now the fastest growing classified marketplace for motors in UK and has had a series of record months in terms of new customers signed up, number of new premium customers and number of responses to premium packages.

“The new offering is also attracting new audiences to Gumtree, with a 50 per cent growth each month in bigger dealers selling second hand cars on Gumtree.”

The second-hand market is now more of a presence in retail than ever before. Despite its gradual integration into the high street, a lot of its growth and popularity is owed to online marketplaces.

“The growing popularity of Gumtree and other online marketplaces indicates that the second-hand market shows little sign of slowing down,” Wilson surmised.

“Bagging a bargain will never lose its thrill for consumers, whether that‘s from a traditional retailer or after spotting an ad on Gumtree.”